The Ninja is a wind-elemental Eidolon from Final Fantasy Dimensions II. It can be obtained as a signet for Maina to equip by completing Maina's sixth episode, "Ninja Training 2".

In the original free-to-play versions, the Ninja's signet was a god-tier summon that could only be obtained through the summon draw shop. It taught the Utsusemi ability instead of the Fuma Shuriken. In the premium versions the Ninja's Utsusemi ability is replaced with the Fuma Shuriken from the removed Onion Ninja signet. The Ninja was an SSS rank summon and could be equipped by any party member.

The Ninja's special attack is Spring of Speed, which raises speed of all party members for five turns and hastens their next action. Summoning the Ninja costs 2 bar from the Summon Gauge.

The following are the abilities Maina can learn from Ninja: 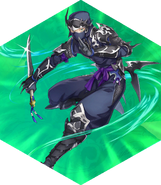 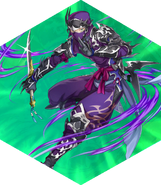 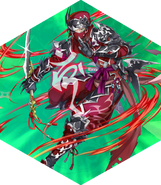