Dark forest of the Yarhi where shadow and shade chase through perpetual twilight. Shifting trees and softly flickering stones animate this surreal wood.

The Neverwood is a location on Lesrekta, Isle of Illusions, which is an island in Lemurés in Final Fantasy XII: Revenant Wings. It is the place where Vaan searches for and reunites with his missing friends after waking up alone on the mysterious island.

Vaan wanders aimlessly after waking in an unknown land. Why did Balthier destroy the Auralith? Where is everyone? Lost and alone, Vaan calls out to his friends.

Espers are only summoned to Vaan's side in this battle. The party is separated into three groups; Vaan alone in the middle, Penelo and Lluyd on his left, and Filo and Kytes on Vaan's right. They must all unite in the center of the map, where a Great Malboro awaits them. After the beast's defeat, everyone except for Vaan vanishes, leaving the sky pirate terribly alone. 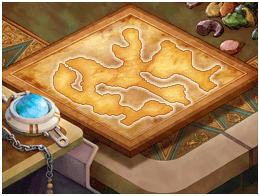 Vaan and his voice fade like illusions, but Penelo and the rest haven't lost hope. They brave the silent forest to find their lost friend.

Penelo, Llyud, Filo, and Kytes must search for Vaan in a heavily flowered field. The woods are populated with only a few weak Yarhi, but treasures abound. After flipping flower switches and traversing the forest maze, the party and Vaan meet each other at the north edge of the wood.

Espers are not summoned in this battle, due to Vaan's absence. 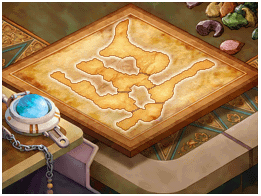