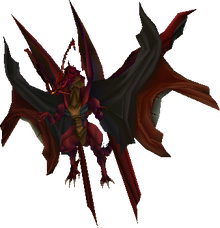 Neo Bahamut (バハムート改, Bahamūto Kai?, lit. Revised Bahamut) is a recurring summon in the series. It is a stronger version of Bahamut that originally appeared in Final Fantasy VII. It is a red dragon whose attack is Gigaflare.

This attack is called Giga Flare and deals piercing non-elemental damage to the enemy party. The Neo Bahamut Summon Materia is found in the party's trip to Whirlwind Maze, lying on the ground. If the player fails to pick it up, it will be lost forever because the place is unrevisitable. 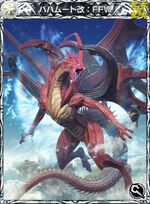