It an eastern dead end path in the woods.

Fog-laden forest located in the western Malacchi Hills. Often referred to as "the Mistwood" for the clouds that enshroud the land, the grove can be found by following the road north from Wiz Chocobo post, then breaking from the beaten path.

After passing through a peculiar rock formation, mist starts to gradually obscure the way ahead. The low visibility and unsteady terrain made this area perfect for training soldiers to fight in unfavorable conditions. The ruins of an old Lucian armory still stand to this day, but caution is advised: live explosives still line the walls.

The behemoth type hunts are fought during any time of the day. The player must do the Deadeye hunt to be able to rent chocobos. After entering the dungeon from the southern entrance, the player follows the straightforward path until they spot the behemoth ahead of them. During the misty portion the player must stalk the behemoth without being seen, but without falling too far behind. Following Deadeye to its lair allows the player to fight it. A Rank 8 behemoth is fought at the same place later on.

The mindflayers appear at night. 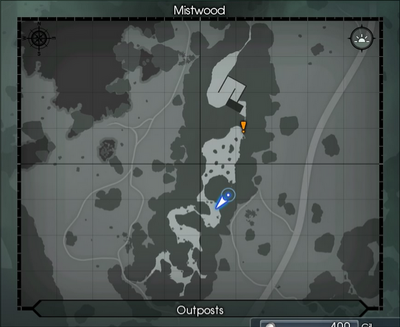 Noctis and his friends attacking Deadeye in his lair.

[view · edit · purge]A nebula is an interstellar cloud of dust, hydrogen, helium and other ionized gases. Originally, nebula was a name for any diffuse astronomical object, including galaxies beyond the Milky Way.