Treasures become better items in the World of Ruin.

The southern passage of the Narshe Mines is a dungeon in Final Fantasy VI, located in Narshe. The caves provide a secret entrance into town, and are where the moogles make their home, away from humans.

After being incapacitated by the frozen esper Valigarmanda, Terra awakens in Arvis' house and he directs her to flee through the southern mines to evade guards searching for her. While fleeing the guards catch up with Terra and corner her, when a part of the mine caves in and Terra falls to a lower area and falls unconscious again. Arvis sends Locke to save her and Locke finds Terra shortly before the Narshe guards do. The moogles emerge from their home to assist Locke in defending Terra, and they fight off the guards and Locke makes his escape.

Later, Terra returns to Narshe with Edgar and Banon. The town guards recognize her and do not believe Edgar is truly the king of Figaro, and deny the trio entry. Terra remembers the secret passage Locke used during their escape and they use it to covertly enter the town and arrive at Arvis' house.

In the World of Ruin, all the moogles save for Mog are dead or fled the cave, and Mog remains in their old home. When the party finds him he joyfully joins them.

Contrary to its name, the southern mines seem to be a natural cave formation, as there are few wooden supports and no minecart tracks like in the northern mines. It may also simply be that these mines have long been abandoned for mining and any equipment and supplies used in its excavation were removed. There are still signs of manmade construction, namely wooden bridges and wall torches to light the way.

A large room in the mines houses a security checkpoint, used to train town guards. When someone enters the room, a glowing light traces a path through the rock formations on the floor - if the entrant does not follow the path of the light exactly, lights surround them and they must tag the differently colored light to disperse them, otherwise they are attacked by monsters and then warped to the entrance of the room to start over.

This test only triggers when one enters from the southern door, but if they enter from the north and then double back partway through the room, the security system will trigger lights to surround them if they do not follow the path the light would normally take.

Deep within the mines is a large room where the Ten Moogles and Mog live. The moogle cave is the deepest part of the mines and on a lower floor than the rest. A back exit from their home leads to the main floor of the mines, but the door is one way and is sealed from the outside.

Battle to save Terra

There are three chests in the mines, two are located on the main path in the passage to Arvis' house, one is on a ledge and contains a Phoenix Down, the other is to the left and against a wall and contains a Sleeping Bag. A chest in the back of the moogle home contains a Runeblade.

In the World of Ruin, after recruiting Mog, Molulu's Charm can be obtained by inspecting the wall Mog was standing in front of when the player spoke to him.

This battle is a minigame where the player can control and position three parties consisting of Locke, Mog and the Ten Moogles. The player must defeat the Guard Leader at the bottom of the room to prevail, or if any enemy units reach Terra, it is a Game Over. If any parties are completely KO'd in battle, they will respawn near Terra with all party members at 1 HP.

There will be six monsters attempting to reach Terra, when any of them approach one of the player's parties they initiate a battle with them; all battles with them will be against a Silver Lobo and a Megalodoth. The player does not need to dispatch all the monsters to win, just the Guard Leader, who is accompanied by two Silver Lobos. When the fight with Guard Leader is won, the other monsters vanish and the battle ends.

The game updates an internal score counter in order to determine what path the party takes. The correct path has been indicated in red to the picture and the party must follow the path exactly to proceed. If the player strays, lights will surround the party when passing through a tile highlighted green. The surrounding lights consist of seven blue sparkles and one orange sparkle rotating around the character. When the player taps the Action button facing the orange sparkle, the field will disperse and allow the party to continue walking. Tagging one of the blue sparkles will trigger one of two enemy encounters; after which the party is teleported back down to the entrance with the score reset. The enemies encountered are unique and appear nowhere else in the world, and they can appear on the Veldt but do not have bestiary entries.

The security check is only designed to work one-way, from down to up, but the party can still pass through in reverse by shattering the light or by triggering one random encounter.

In the World of Ruin, Mog can be found in the moogle cave in the depths of the Narshe's mines and will join the party. Mog can be recruited even if the player did not recruit him in the World of Balance, either by skipping him entirely or not saving him from Lone Wolf. 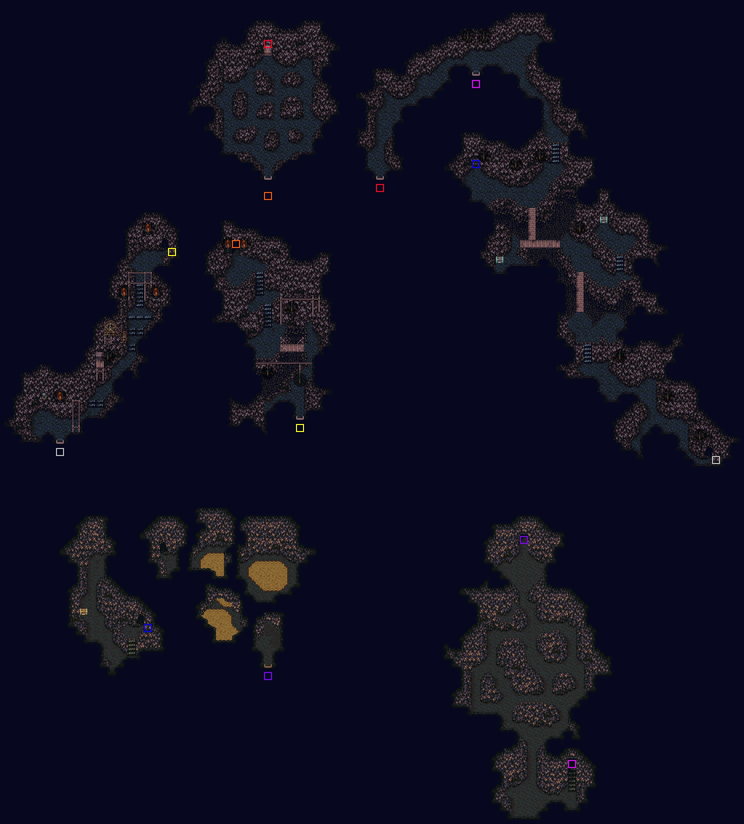 The Narshe Mines have its eponymous theme as a background theme. "Mog's Theme" plays in the moogle base. In the World of Ruin, the theme is replaced with "Dark World", as with the rest of Narshe.

The Narshe Mines (北の炭坑 (Name used in Final Fantasy Record Keeper.), Kita no Tankō?) are the setting of two regular dungeons and were later revisited in the Challenge Events Legendary Plunder and A Fateful Coin Toss.

Freed from the Empire's hold on her mind, Terra flees Imperial guards and seeks refuge in the mines.

Defeat the Guard Leader before he uses Charge.

Terra in the mines (defunct mobile/Steam).

Mog in the mines (defunct mobile/Steam).

Battle in the mines (defunct mobile/Steam). 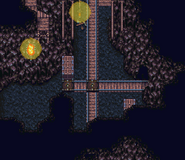