The NPC event skip glitches are glitches in the Final Fantasy series used to skip certain events. The glitch is activated when a non-player character nearby is interacted with exactly at the same moment a cutscene starts, skipping the cutscene, a good method of saving time for speed runners. The consequences vary on cases where and when the glitch is used, but it's mostly a safe glitch to use. 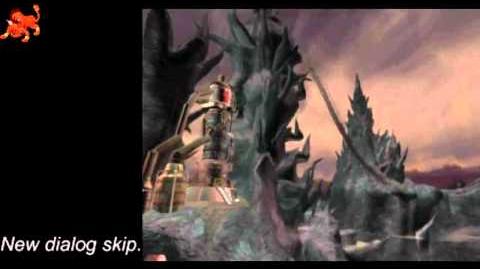 In Kalm, during the flashback of Cloud's past at Nibelheim, there's a scene where a photographer wants to take a photo of Sephiroth and the crew. The photographer stands next to the gate leading to the Shinra Manor and the player must talk to the photographer and approach the gate simultaneously, causing two text-boxes to appear at the same time. This way the player can move Cloud freely during the photographing-scene and enter Mt. Nibel. If the player does that, Sephiroth won't aid Cloud in the battles, which might be a problem, since Cloud is weak. However, it is possible to get through the mountain without Sephiroth since running from battles isn't prohibited. 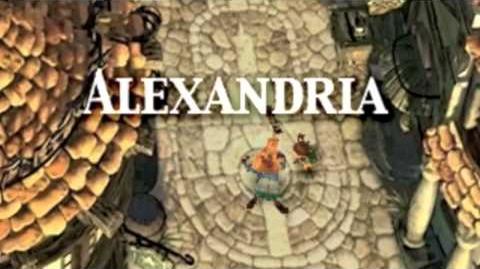 In the beginning of the game when the player is controlling Vivi, there's a cutscene with Puck when he stumbles upon Vivi. The player can skip the event when talking to a NPC the same time Puck crashes into Vivi, and the dialogue between Vivi and Puck is skipped. This won't affect the gameplay. 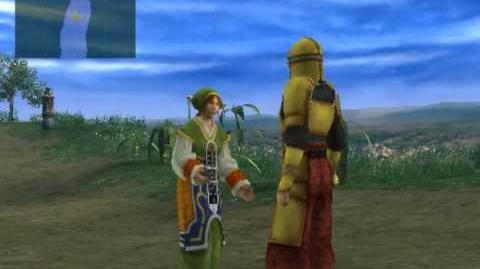 There are two event skip-glitches on the Mi'ihen Highroad. The first one is a minor skip with a short cutscene with Shelinda. The player has to glide on a walking NPC near to the end of the first area on the Highroad and talk to him just when the cutscene takes place. 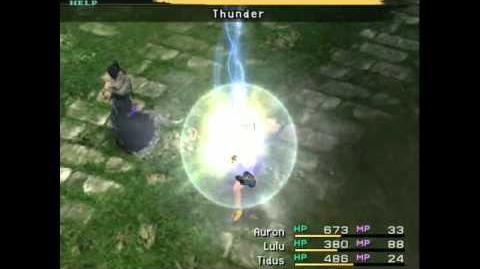 The second glitch glitches the audio. When visiting the Rin's Travel Agency for the first time, the player must talk to Rin, and while the text box is on, exit the Travel Agency, causing the cutscene with Rin to take place while the option-box to rest appears on screen. When the player chooses the option to rest, the cutscene continues on the background, but the audio starts glitching. The player can decide to rest again and again while the cutscene takes place but can't exit the agency. The cutscene with Rin is followed by the fight against Chocobo Eater but the audio remains glitched. The gameplay will remain fine, albeit with small graphical glitches. A hard reset will fix the situation. 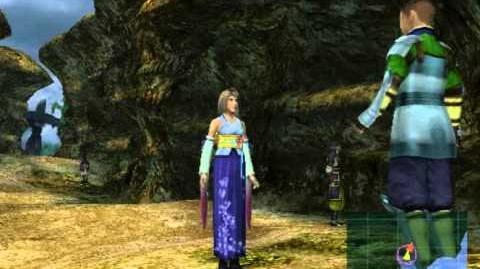 Talking to an NPC just before Clasko runs and starts the cutscene will skip it. 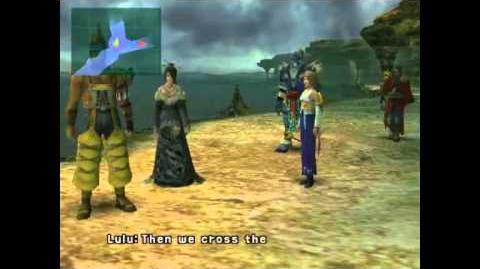 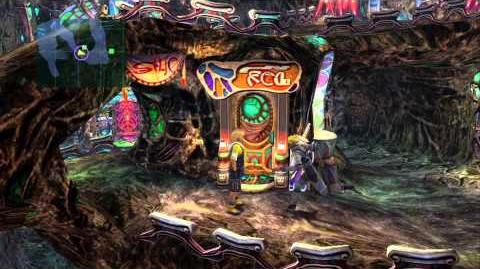 After visiting the Farplane in Guadosalam, the player should view a cutscene in front of Seymour's mansion before entering the Thunder Plains. However, the player can first go view a short cutscene with Kimahri when entering one of the shops in Guadosalam. Going in front of the shop's door and talking with an NPC causes a forthcoming guado NPC to stumble upon Tidus, causing the shop's door to open and the cutscene with Kimahri to start. If done correctly, the player can now move to Thunder Plains next to the guado who would normally guard and prohibit entering the plains. 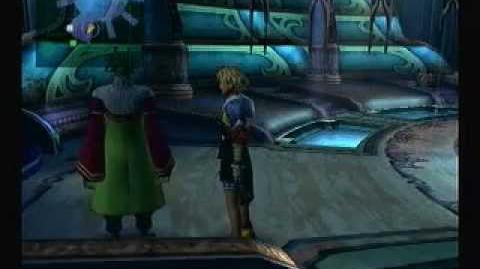 When entering the Macalania Temple, the player has to first talk to Tromell who's the nearest NPC to the entrance, to obtain the Shell Targe. After entering the temple, Shelinda will come to Tidus and a cutscene will follow, but the player has to talk to Tromell again just when the cutscene with Shelinda starts. During the cutscene the player can walk beyond the monk who's guarding the Cloister of Trials and go straight into the fight against Seymour; normally the player would first have to view the cutscene about Jyscal's Sphere. Skipping this event glitches the game's audio but hard resetting the console will fix this.

The glitch works similarly with small differences. For example, if the player chooses an dialogue option after picking the option to save on a Save Sphere the game soft-locks. When skipping an event in Final Fantasy X it is possible to revisit it, but in Final Fantasy X-2 skipped events cannot be viewed again. 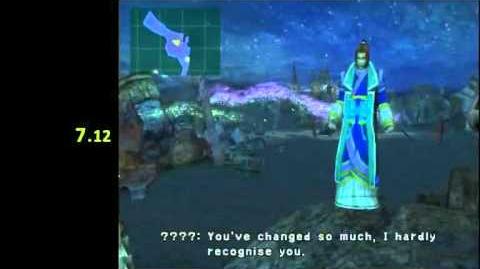 In Chapter 1, the cutscene with Isaaru can be skipped if the player moves and talks to an NPC at the same time on the right side of the hill next to the bonfire.