Fork made of mythril.

Mythril Fork is a mid-ranked weapon for Quina, which provides 42 Attack and teaches the ability High Tide. It can be obtained by buying it for 4,700 gil at Conde Petie, Black Mage Village (discs 2 & 3), Lindblum (discs 3 & 4), and Esto Gaza (before going to the Desert Palace), or by stealing it from Hilgigars and Ralvurahva. 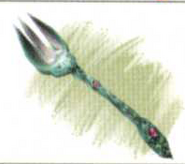 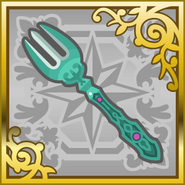 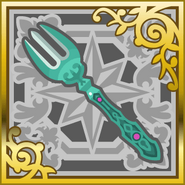