Mumeito is a great katana that provides 12 damage and 420 delay. It deals 1.71 damage per second and accumulates 107 TP per hit. It can be equipped by level 1 Samurai. It can be obtained from the quests, "Forge Your Destiny and "The Sacred Katana". If the Mumeito was dropped, Ranemaud will sell another one for 30,000 gil after have accepting the quest. 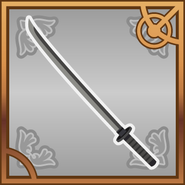 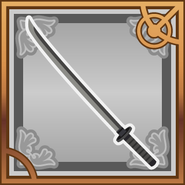 Mumeito means "Blade Without Signature". Though katana were unsigned by prestigious smiths if they were in the employ of nobility or were that confident of their work that such blades would be recognized by their appearance alone, a majority of their discovery usually finds them as blades created by lower level smiths created in response for demand or to hide their origins.