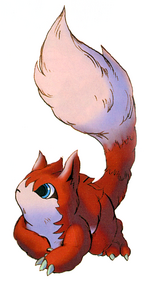 Mus do not make an appearance, but are mentioned in the Brain Blast minigame in Academia. It is revealed that the Sanctum decided against creating bioweapons out of mus because they would not be taken seriously by enemy soldiers.