Storm Dragon
Mt. Zozo is a mountain in Final Fantasy VI accessible in the World of Ruin when a merchant in Zozo sells the party "Rust-Rid" for a price of a thousand gil. The party can then open the rusted door at the top of the pub and enter Mt. Zozo. In the GBA translation the man who sells the Rust-Rid also advises the party buy Sniper Eye relics, as the enemies on the mountain have high evade to normal attacks.

After the cataclysm, Cyan met a woman in Maranda, Lola, who was wondering about the fate of her boyfriend in Mobliz. Moved by her story, Cyan began writing letters to her masquerading as her boyfriend to try and ease her grief, and took up residence in Mt. Zozo where he wrote his letters and crafted flowers from silk to send to her.

When the party learned of the letters and recognized Cyan's hand-writing, they followed the carrier pigeons delivering the letters back to Zozo and found Cyan's camp. Cyan explained his actions and rejoined the party, also mentioning he had encountered Gau in Maranda and he was likely headed back to the Veldt.

Mt. Zozo has many valuable items that makes it a good place to go early in the World of Ruin. Three chests in the opening area contain an Ice Shield, Thunder Shield, Aegis Shield, and Red Cap, and a chest on a ledge contains a Gold Hairpin.

On the cliff outside of Cyan's room after recruiting him, the party can find the Key to Cyan's Chest in his room. The chest contains Books. In the Super NES release is it a single book on machinery and a "book of secrets", while in the GBA release the item represents multiple books machines and "Bushido in the Bedroom", implicitly a pornographic text.

The path to Cyan is linear, though winding. The larger cave exit in the first area continues on across the mountain, into another cave, and the lower exit shortly leads to Cyan's room. Exiting to the cliff initiates a cutscene after which Cyan rejoins the party.

An easy way to make it through Mt. Zozo with minimal risk is to summon Phantom early in the dungeon, as all monsters except for the optional boss Storm Dragon only use physical attacks. This also includes the Mugbear's Steal. With Vanish set on the party the enemies of Mt. Zozo will be powerless to damage them. Enemies in the mountain have high Evasion, so attacks that cannot miss like Sabin's Blitzes and Edgar's Tools do well to eliminate them.

The Storm Dragon, one of the eight legendary dragons, lives here. It can be found in the same cavern with the save point, by stepping on a switch. The Storm Dragon will emerge from a distant treasure chest and circle the cavern, the battle initiating when it comes in contact with the player.

The Storm Dragon is one of the most powerful of the eight legendary dragons, especially if the player chooses to follow the story nudges to come to Mt. Zozo immediately after acquiring the airship. The Storm Dragon has 42,000 HP, a powerful physical attack, and the ability Cyclonic to reduce the party to critical health, while the party will have few means of resisting Wind-elemental damage, no tier 3 spells, and low levels. While it is possible to beat the Storm Dragon so early, it may be preferable to leave it until later in the game - fortunately Mt. Zozo is not a very large dungeon to traverse. 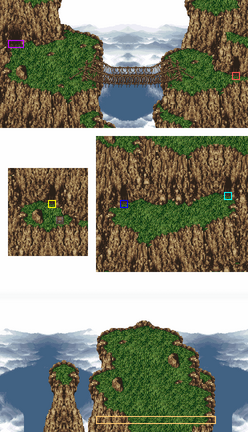 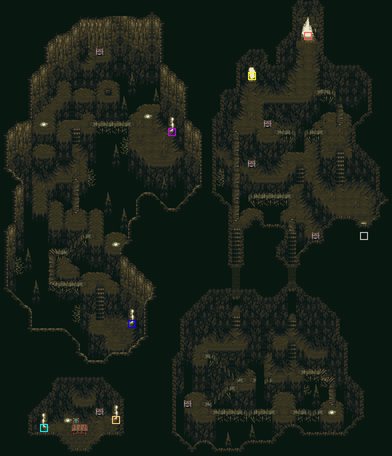 Mt. Zozo is the setting for a regular dungeon and is also featured in the Challenge Event Touched by Magic.

"Mt. Koltz" is the background theme of Mt. Zozo. 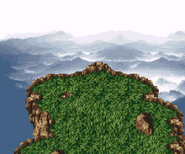 The summit of Mt. Zozo (SNES).

The interior of Mt. Zozo (GBA).

[view · edit · purge]Zozo is the Ouija demonic entity who has been documented since the early 1800s. This alleged demon is said to attach itself to certain unlucky individuals who venture into its domain. Some claim Zozo will go to any length to trick its naive callers.