Mt. Kolts is a dungeon in Final Fantasy VI, which appears only in the World of Balance. It is located at the foot of the Sabre Mountains, which lie northeast of South Figaro.

Terra, Locke, and Edgar pass over this mountain on the way to the Returner Hideout. On the way, a shadowy figure watches their movements. At the summit, the party encounters Vargas, son and pupil of the martial arts master Duncan Harcourt. Vargas assumes the three are allies of Sabin, Edgar's estranged brother and Vargas's rival pupil, and attacks them.

During the battle Sabin arrives to save the trio and reveals Vargas killed Duncan for believing that Duncan chose Sabin to be his successor over his own son. While Sabin refutes this, Vargas refuses to listen and blasts the group back, with only Sabin remaining. Using a Blitz technique, Sabin prevails over Vargas and joins his brother on the way to the Returner hideout.

Following meeting with Banon at the Returner hideout, the Gestahlian Empire seizes Mt. Kolts and blocks off access through the mountain until the failed siege of Narshe.

In the World of Ruin, Mt. Kolts no longer exists and the approximate area where the mountains would be relative to Narshe and South Figaro is ocean. Presumably the mountain range was destroyed and sank into the sea during the cataclysm.

A Gigas Glove, a powerful relic that increases the wearer's physical damage by 25%, is hidden in a secret area. In the second cave, where the lower path leads to the ledge with the Main Gauche, there is a hidden path in the upper-right that leads to another part of the cave with the treasure chest with the glove.

Travel to the Returner Hideout[]

Mt. Kolts is required to be traversed to reach the Returner Hideout. Along the way, the party will see a shadowy figure. At the end of the mountain the player must fight Vargas and two Ipooh enemies. Once Vargas's HP falls to a certain point, a scripted scene occurs where Sabin arrives and fights Vargas alone. Once Sabin uses a Blitz against Vargas, the battle is won. Shortly after this point the party can exit the mountain near the Returner Hideout. 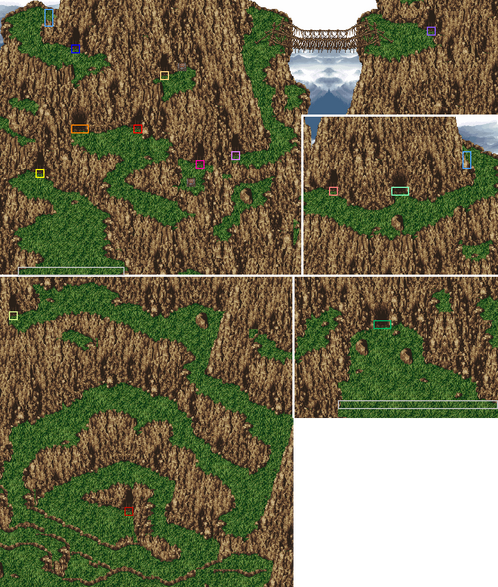 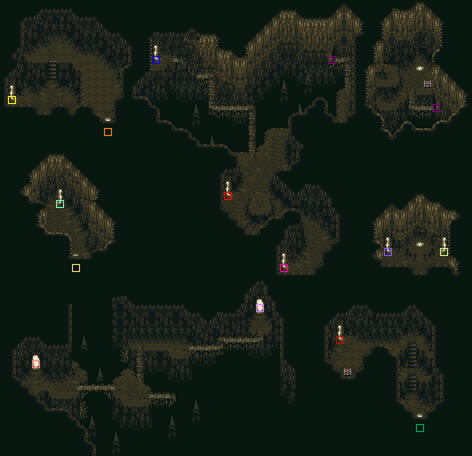 Mt. Kolts has its eponymous theme as a background theme.

Kolts Region is a location.

Mt. Kolts is the setting for a regular dungeon and it is also featured in the Challenge Events Legendary Plunder and A Fateful Coin Toss.

Fleeing their pursuers at Figaro Castle, Terra and the others make for the Returner Hideout, but on the way they must pass over Mt. Kolts where a mysterious figure awaits them...

The sprite that shadows the party during their initial trek through the mountain is Sabin's, blacked out to make it difficult to identify. When Locke accuses Vargas of being the one shadowing them, in the Super Nintendo release Vargas replied "Brilliant!" implying it was indeed him, but the original Japanese text was more ambiguous about his response. The GameBoy Advance port had Vargas answer the accusation with "And if I was?", preserving the ambiguity.

Using a Game Genie and the "Super Sprint Shoes" code, it's possible to bypass the battle with Vargas by running ahead of him and entering the cave before he arrives to block it off. If this is done Sabin will not join the party, but when the player prepares to board the raft on the Lethe River at the Returner Hideout, Sabin suddenly appears in the party at level 1, with no equipment and no Blitz abilities.

During the flashback in Kolingen to how Locke's lover Rachel was injured, the scene takes place in an area of Mt. Kolts. However, the location they are at is not specifically identified in the flashback. While it is possible the location was Mt. Kolts, it is not known for certain and the mountain's map may have just been used as a general mountain location to depict the event. 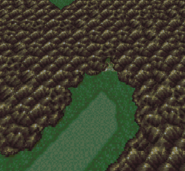 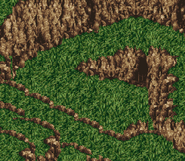 The summit of Mt. Kolts (SNES).