Cid Pollendina: Oh, shut up and help me remodel the Mount Gulug (Final Fantasy IX) page!
Please expand this article into a full one. The following tasks need to be completed:

No mortal has entered those depths ever since the entrance was mysteriously sealed.

Mount Gulug is an extinct volcano on the Lost Continent in Final Fantasy IX. It was sealed long ago but is reopened by Kuja with the Gulug Stone. It used to be inhabited by an unseen race of mole people, but during the time it is visited in the game the mole people are gone and the place is infested with monsters. Like Alexandria Castle, there is an extraction circle in the lowest levels of the mountain. The extraction circle is lined with eyes, implying a connection to Terra. Mount Gulug is also a location in Final Fantasy, known as Mount Gulg.

Kuja and his army of black mages take Eiko to Mount Gulug to extract eidolons from her. Kuja orders the court jesters, Zorn and Thorn, to perform the ritual, but eidolons can only be safely extracted from their summoner once he or she has reached the age of sixteen.

Zidane and his party follow Kuja into the depths of the volcano and witness Eiko's pet moogle, Mog, defend Eiko from Zorn and Thorn. Mog transforms into the eidolon Madeen through Trance and repels the jesters via Terra Homing.

Eiko receives the Ribbon in memory of Mog and gains the ability to summon Madeen. Zidane helps Eiko battle Zorn and Thorn, who have morphed into the monstrous Meltigemini and while the party battles the beast Kuja flees the scene, having learned of Trance. In a back room, the heroes rescue Queen Hilda, Regent Cid's estranged wife.

The letter the party delivers from Mogrika from Esto Gaza to Moolan at Mount Gulug:

The theme that plays in Mount Gulug is "Mount Gulug". It is a remix of "Gulg Volcano" from Final Fantasy. 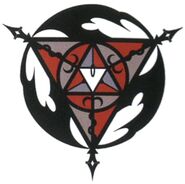 Concept artwork of Kuja's emblem, seen as the extraction circle at Mt. Gulug. 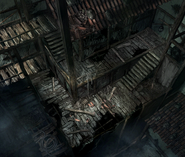 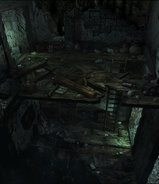 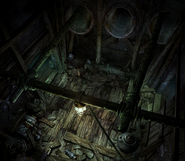 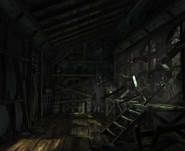 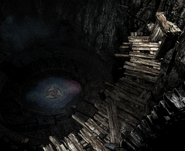