Moryo
Mother Brain is a light-elemental Eidolon in Final Fantasy Dimensions II. Mother Brain's signet can be purchased for Aemo through the Mog Shop for 50,000 gil after completing the game's Eureka arc.

Mother Brain provides Aemo with a respectable amount of HP and MP, with well-balanced values in other stats. However, the Mother Brain is obtained too late to be anything more than a novelty, as its stats are outclassed by Aemo's later game signets, and the signet's Reprogram ability is easily outclassed by other light-based abilities, such as Golden Scintillation. It provides an abnormal passive that increases Aemo's physical attack power with tomes by 20%, despite Aemo's preferable weapons being staves and having a subpar physical attack power.

In the original free-to-play versions, Mother Brain could be obtained through the summon draw shop. The summon was an SS+ rank signet and could be equipped by any party member.

According to the official description from the free-to-play versions, the Mother Brain is the central artificial intelligence that manages machine life and the living modules in the Future. The summon is based on the Mother Brain boss from the Super Nintendo game Chrono Trigger, having a similar appearance and being a central computer system in the Future timeline in that game as well. The signet's command ability and summon attack are borrowed from its original appearance.

Mother Brain's summon attack is Upgrade, which deals light-elemental damage to all enemies. It also bestows continuous heal for three turns and cures poison, silence, and blind for the party. Summoning Mother Brain costs 1 bar from the Summon Gauge.

The following are the abilities Aemo can learn from Mother Brain: 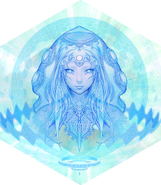 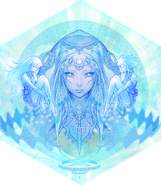 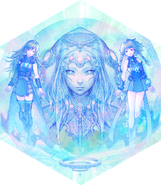 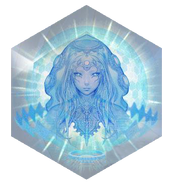 [view · edit · purge]The name of Mother Brain refers to a central CPU with a high degree of sentience, whose appearance is often manifested as a female figure appropriate to its title. Mother Brain originated as the primary antagonist of the Nintendo series Metroid, while later series like Phantasy Star and Chrono Trigger would have their own similar but relevant take on the character archetype.