Moonring Blade (えんげつりん, Engetsurin?), also known as Full Moon and Razor Ring, is a recurring weapon in the Final Fantasy series. It is usually a high-ranked throwing weapon found late in the game.

The Moonring Blade can be found in Eureka, after defeating Amon, and has an Attack Power of 110. It can be equipped by Thieves and Ninjas.

The Full Moon is a weapon that only Edge can equip. It is found in the Sylph Cave, and possesses the Throw element, which is exclusive to the game, and has an Attack of 40 and Accuracy of 35.

In the Easy Type version, its hit rate was increased to 45%.

The Moonring Blade is a powerful throwing weapon for the ninjas, providing 40 Attack and 35% Accuracy. It can only be found in the Subterrane.

Throwing weapon with a sharp, ringed blade. Full power from back row.

The Moonring Blade (Moonring in the Anthology release and Crescent in the RPGe translation) is a weapon that is received early in the Fire-Powered Ship, and can be bought in the Phantom Village later on for 1,100 gil. It can be used by the Thief, the Ninja, and the Mime job classes. It has an Attack power of 32 and a hit rate of 35.

The Moonring Blade is a weapon only Locke can use, and is received as early as Narshe before obtaining the Blackjack. It can also be bought in Kohlingen, Jidoor, and Tzen for 2,500 gil, but after the World of Balance, it is gone. It may also be stolen from Purusa. It has an attack power of 95.

The Razor Ring is one of Yuffie's weapons, and provides 49 attack and 12 Magic. It has two linked slots and one unlinked slot, and can be bought in Wutai for 6,000 gil.

The Moonring Blade is a throwing weapon, equippable by Thieves, Ninjas, Blue Mages, and Dancers at level 57. It has a damage of 27 and a delay of 294. It can be crafted through Synthesis or bought in Norg. The high quality version, obtainable only through crafting, has a damage of 28, but keeps the delay of 294.

The Engetsurin is a strength-raising artifact that increases Strength by 1. It can be found in Daemon's Court during the first cycle.

The Moonring Blade has an attack and magic attack of 10 and can inflict sudden death. It can be bought for 22,000 gil on the 40F of the Holy Tree Tower.

Full Moon is a wind-elemental thrown weapon. It provides 40 attack.

Moonring Blade is a level 43 throwing weapon that provides +32 Attack and -24 Bravery. It can be obtained by trading 13,100 gil.

A disk-like weapon much like the chakram. Ninjas, who specialize in infiltrations and assassinations, customized the sharpness of its bladed edge and expanded its range. Holding much more power than its predecessor, the moon ring blade can cut through denser objects, such as tree branches. People fear its presence on the battle field as there is no way to tell where it may suddenly appear to deal a great amount of damage. It is particularly effective against aerial foes.

Moon Ring Blade is a Throwing weapon obtained by buying it for 1,000 gil at Town of Kolts, Town of Amore, and Raven's Hideaway, by crafting it using 200 gil, x3 Wind Crysts, and x5 Silver Ores, and as the reward for completing the quest Lootiful Dreamer. It provides 26 ATK and +50% physical damage against Birds. 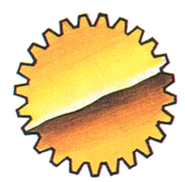 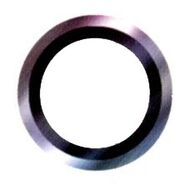 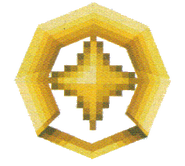 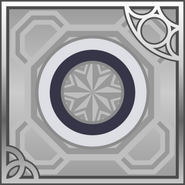 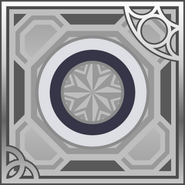 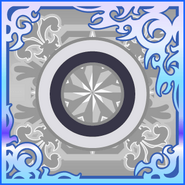 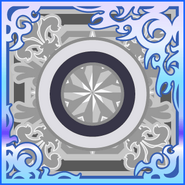 [view · edit · purge]A full moon is the lunar phase that occurs when the Moon is completely illuminated as seen from the Earth.