High base attack and HP, average base magick, low base MP
See stats

A warrior, devoted to physical training, whose unarmed attacks are deadly. May use Martial Arts.

To unlock this job, a unit must have Knight at level 3. Leveling Monk to level 3 unlocks Geomancer, and leveling it to level 4 along with Knight and Dragoon unlocks Samurai. The level requirements to unlocking new jobs are lower in the PlayStation version.

Barehanded is a support ability learned by Monks for 200 JP. It increases the effectiveness of all barehanded physical attacks by 1.5 except for Throw and Jump.

The Monk is a versatile and potent melee fighter capable of dealing high unarmed damage, and is one of the best jobs for high-Bravery characters. They boast high HP and physical attack (rivaling Knights), and have access to a variety of Martial Arts to further improve their capabilities. The Monk's Chakra ability can heal others, as well as replenish MP.

Monks can become very powerful without much effort. Via Ramza's Brave-raising skills, they can deal damage upwards of 999, with Bravery at 90. Their damage can be further enabled with abilities from other jobs, such as the Ninja's Dual Wield.

However, Monks are handicapped by their limited equipment, since they cannot wear hats and can only equip basic clothing. Despite their natural high HP, in the endgame other jobs will have access to headgear and armor that increase their HP by larger amounts.

Many of the Monk's abilities benefit other classes, such as their reaction abilities. Critical: Recover HP is useful on frail units for a quick emergency healing, while Counter and First Strike are invaluable on physical-oriented jobs, such as Knight, Dragoon, Ninja, Samurai, and the Monk themselves. Brawler gives the unit the more powerful unarmed attacks, and is also one of the few abilities that can boost the Thief's steal rate. Their Martial Arts can also be used by those jobs, and Chakra can be used for level grinding.

On the PlayStation version, the line for Pummel is "Fight for justice...fists of fury! Repeated Fist!" refers to Bruce Lee's Fist of Fury where Chen Zhen fights to defend the honor of the Chinese in the face of foreign aggression, and to bring to justice those responsible for his master's death.

When coming up north from Lesalia Imperial Castle, the player may run into a random battle against 11 monks in Grogh Heights, which puts the AT listing at max units. This may happen in the original PlayStation version, as well as in the War of the Lions remaster, but is a rare occasion that occurs only when coming north from below the battlefield. This is a tough battle to take on. It is best to have a party of above LV30 with good gear, and use magick and swords skills. The player should focus on the enemies using Revive and Chakra first, and avoid being surrounded. 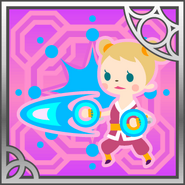 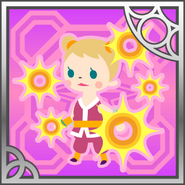 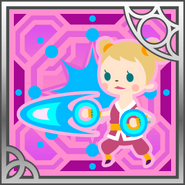 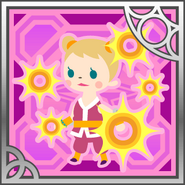 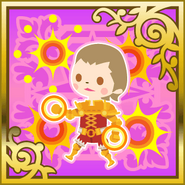 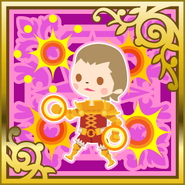 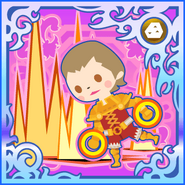 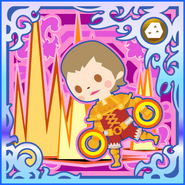 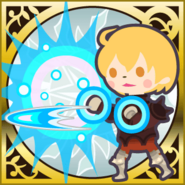 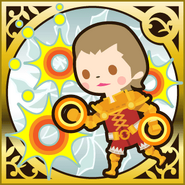 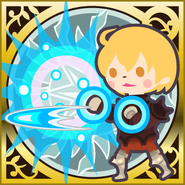 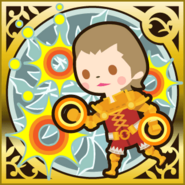 This gallery is incomplete and requires Chakra and Shockwave/Earth Render added. You can help the Final Fantasy Wiki by uploading images.

Monk appears as a card in the Ivalice Special Arena has a limited-time special arena with eighteen floors.

Male Monk in a cutscene from War of the Lions. Monks typically fight barehanded, but in the scene, he is wielding a weapon.