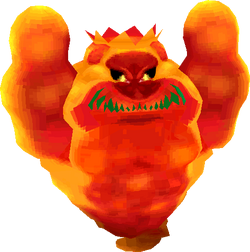 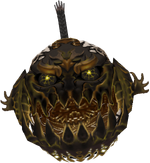 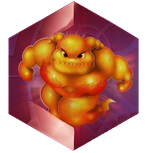 Ultimecia: Time shall compress. All existence denied.
It has been suggested that this article or section be merged into Mom Bomb (Final Fantasy IV).
Further discussion should take place at this article's talk page.
—10 November 2015

The Mom Bomb has a short fuse and most likely will not allow the player enough time to get a perfect score the first time around on account of comparatively low levels for the party, but with the right setup, he or she can make a sizable dent in the creature's HP before it blows and divides into bomblets. Black Mages should focus on Ice and Dark spells before it grows, and then the player should brace the entire party for Self-Destruct. The bomblets are weak against Ice attacks and will self-destruct themselves if not downed within a turn or two. Speed is the order of the day and the key to mastery.

Retrieved from "https://finalfantasy.fandom.com/wiki/Mom_Bomb?oldid=2187034"
Community content is available under CC-BY-SA unless otherwise noted.