Modeoheim is an unrevisitable location in Crisis Core -Final Fantasy VII-, located slightly to the south of the Icicle Inn. It seems to have sprung up when many Shinra scientists and engineers gathered to the Modeo ravine when the site was named for Mako extraction. The town seems to have not been in use for some time and is completely abandoned.

Modeoheim comprises the sixth chapter and represents the halfway point.

Zack Fair and Tseng, along with a small group of Shinra soldiers, including Cloud Strife, crash-land en route to Modeoheim after their helicopter is struck by anti-aircraft fire coming from the reactor. Their mission was to investigate the activities of the rogue SOLDIER, Genesis Rhapsodos.

On the way to Modeoheim Zack meets Cloud, a lowly Shinra infantryman, and they befriend as they trek through the snow. They find an abandoned reactor serving as a base for the Genesis Army. Zack sneaks in and heads down into the warehouse where he finds Dr. Hollander under threat of Genesis. Zack fights Genesis and defeats him and appears to have killed him while Hollander escapes to the Modeoheim town.

Zack chases Dr. Hollander to an abandoned bathhouse where he runs into Angeal Hewley, his mentor. Hollander and Angeal reveal the truth of Project G and how Angeal is the "perfect monster" created by Hollander and his mother, Gillian Hewley. Not wishing to remain a monster, Angeal summons his copies and fuses with them, using Jenova's power of a two-way conduit genetic structure, becoming Angeal Penance. Zack fights the creature and Angeal gives him the Buster Sword, telling Zack to never lose his dreams and honor before he dies.

Afterward, an investigation lead by Sephiroth is carried out in the Mako mine and Hollander's copy equipment is confiscated.

This section about a quest in Crisis Core -Final Fantasy VII- is empty or needs to be expanded. You can help the Final Fantasy Wiki by expanding it. 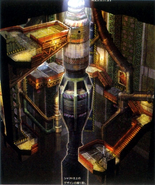 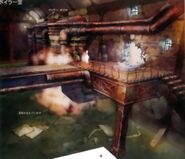 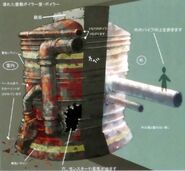 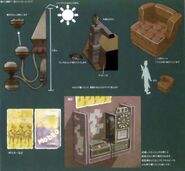