There are three functions at work in Mix, which can be called Priority, Opposites Cancel, and Blend.

Each item is tagged for priority, with an integer between 1 and 4, and type. The item whose priority is the smallest integer determines the outcome, and is known as the primary item; the lower the number, the higher the priority. Holy is a good example of a high-priority item; its effects are seen rather than those of other damage items. If both items have the same priority, the first selected item is the primary item, except in the case of items with elements, in which case Cancel applies.

Opposing elements cancel each other out into physical damaging abilities if their Priorities are the same; otherwise, the element with higher priority is in effect.

Blank fields above indicate there is no possible way to obtain the item. For example, the Ultra Cure type skills only have one type of skill because the Dispel Tonic is the only item that can cause an Ultra Cure type outcome. Because it is Priority 2, there cannot be entries for Priority 3 or Priority 4 as the highest priority would be the lowest integer, which can never be lower than 2. If paired with an item of Priority 1, Dispel Tonic would no longer be the primary item, and a different outcome would occur.

The italicized primary items in the above table indicate there is only one item matching their type, which is the name of the type itself.

The system works by deciding the primary item (which is the item with the lowest priority integer, or if they are the same, the first item chosen), and then it checks itself with the secondary item. If the primary item was a Water type item, and the secondary item was a Lightning type, it would go through the examples to decide the outcome like the #if function. "Other" in the table would be the else part of the function. 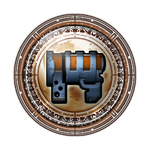