A Crystalline Prophecy starts automatically when a player on a job of at least level 10 zones into Lower Jeuno with the add-on purchased. Unlike expansion missions, story add-on missions may be repeated by players for rewards. Players who do not have progress in these missions or have yet to purchase the add-ons are still able to assist others in clearing them.

The shorthand prefix given by players for A Crystalline Prophecy missions is ACP.

For what purpose has the ancient crystal returned? A new adventure to unearth the secrets of Vana'diel's past begins!

The primordial crystal appeared over Jeuno, its otherworldly light raining down from the heavens upon the forests, marshlands, and mountains. A mysterious young boy would have you recover that light and bring it to Qufim Island. Will you heed the call?

When the echo runs amok, the key to Vana'diel's salvation lies with three unusual stones that have found their way into the hands of some overly curious Goblins... 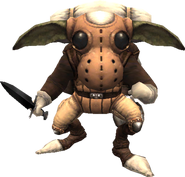 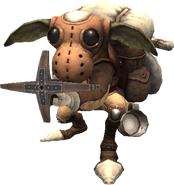 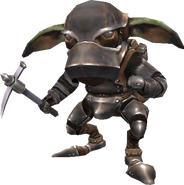 Was it all truly decided before the dawn of time...? When the crystal sends forth its dark minions, only you can put a stop to them!

Those Who Lurk in Shadows (I)[]

In the darkness of the ruined city Fei'Yin, beastmen in the thrall of the crystal devise their nefarious plot...

Those Who Lurk in Shadows (II)[]

Your quest takes you to Qu'Bia Arena, but the otherworldly force of the crystal bars your path. Only by harnessing its power for yourself may you gain entry!

Those Who Lurk in Shadows (III)[]

The beastman thralls of the Seed Crystal are threatening to commence their dark ritual. They must be stopped before it is too late!

Those Who Lurk in Shadows: 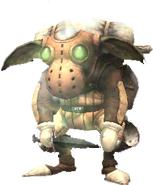 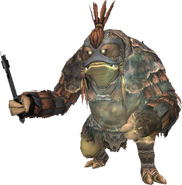 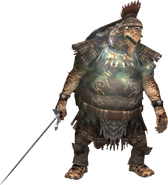 Remember Me in Your Dreams[]

In the Hall of the Gods, the beginning of the end draws nigh. Will you succeed in changing the course of fate?

Born of Her Nightmares[]

The mysterious child Aldo claims that the answer to the mystery sleeps within Delkfutt's Tower. Have you the courage to face the truth?

To reach your final destination, you must recover the twelve remaining fragments of the mysterious crystal...

The final confrontation awaits you within the Stellar Fulcrum...

Note: This mission marks the conclusion of the A Crystalline Prophecy storyline. It cannot be completed.