The Mirage Tower is a location from the original Final Fantasy. It is located in the middle of the Yahnikurm Desert and can only be accessed with the Chime.

The Mirage Tower's levels are built as a sort of spiral staircase. Most of the levels involve the player beginning at the southeastern edge of the floor, navigating through the circular middle section, and ascending the next staircase at the southwestern edge of the floor. In addition to monsters, machina left over from the Lufenian civilization inhabit the Tower. Some are broken and merely utter garbled syllables, while others provide key items and insights into the history of the Lufenians.

Unlike Mount Gulg and the Sunken Shrine, the enemies here follow no particular elemental affinity. Thus, a variety of strategies are needed to safely reach the apex of the Mirage Tower.

The Warriors of Light enter the Mirage Tower after obtaining the Chime from Lufenia, and at the top, the Warriors of Light must fight a Blue Dragon in order to reach a teleporter. If the heroes have the Warp Cube, they can warp to the Flying Fortress to confront Tiamat, so as to restore the Wind Crystal.

The Background Music that plays inside the Mirage Tower is called "Dungeon".

Mirage Tower was mentioned as one of the wonders in Final Fantasy Tactics. It bears the following description:

This ancient tower links the Castle of Ronka to the earth below. Its magicked façade shields it against casual inspection. However, the enchantment's unstable nature allows it to be seen as a mirage-like image at times.

They say there's a mirage tower in the desert, where you can find crystallized wind! The wind's good this year, maybe some's there? Bran, Streetear

#118 Mirage Tower is a name of a dispatch mission, which appears after completing #20 Present Day. The dispatch time is two battles, while the rewards are 11,800 gil, a Wind Sigil, one random item and one random card.

The Mirage Tower and surrounding desert make a cameo appearance in Theatrhythm Final Fantasy, appearing in the background during the Field Music Sequence for Main Theme. 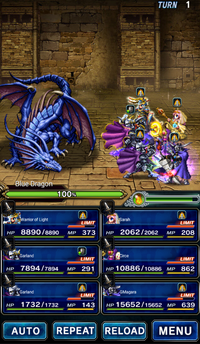 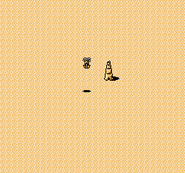 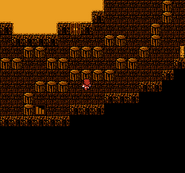 The ruins of the Mirage Tower and the Dreams of a Flying Castle Gateway in World B in Dissidia 012 Final Fantasy.

[view · edit · purge]Mirages are naturally-occurring, optical phenomena in which light rays are bent to produce displaced images of distant objects. The word "mirage" is of French origin and derived from the Latin mirari, which means "to look at" or "to wonder at". The design of the tower resmebles a spiral Minaret.