What might from a distance appear a man in robes grows ever more hideous on further inspection, its face twisted into an inhuman mask that makes a mockery of nature.

The Mindflayer (マインドフレア, Maindofurea? or マインドフレイア, Maindofureia?), also known as the Mind Flayer, the Mindflare, the Mind Flare, the Mind Mage, the Mage, or the Sorcerer, is a recurring enemy and genus in the Final Fantasy series. Inspired by the Dungeons & Dragons universe, these enemies first appeared in the original game. Their signature attack is Mind Blast, which tends to cause various status effects and occasionally damage.

One common variation is the Piscodemon (ピスコディーモン, Pisukodīmon?), often appearing as a paler variant of the Mindflayer. Another common variant, the Squidraken (スクイドラーケン, Sukuidorāken?), also translated as the Squidlarkin, or the Drakan, is a variation associated with the color blue.

The Mindflayers (Sorcerer on the NES, and Mind Flare on the PlayStation), appear as more powerful Piscodemon inside the Cavern of Ice, the Citadel of Trials, the Flying Fortress, and the Chaos Shrine of the past.

Their physical attack, while weak, can inflict instant death, and they can use Mind Blast to inflict Paralysis to the entire party. They also have another palette swap, the Squidraken enemy which appears in the bonus dungeons added in the Dawn of Souls re-release and all versions thereafter. 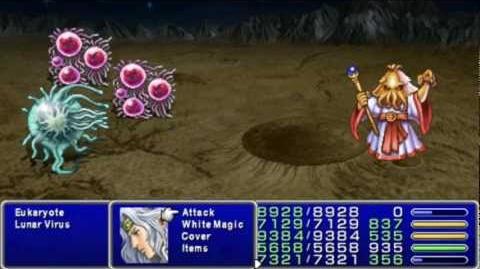 The Mindflayer (Mage in the SNES and PlayStation versions, and Mind in the J2e translation), is an enemy and a summon. It uses its signature move Mind Blast to inflict Paralysis and Sap to one target along with non-elemental damage. It can be found in the Lodestone Cavern, and has a palette swap named Mist Kraken who appears exclusively in the Advance and Complete Collection versions, more specifically in the Lunar Ruins during Rydia's Trial.

Additionally, the Mindflayer rarely drops an eponymous item that allows Rydia to be able to summon the Mindflayer, who will use Mind Blast, which is identical to the enemy's version. In the 3D versions, it has a spell power of 50. It has a casting time of 0 and costs 18 MP to summon.

Summoning Mindflayer in The Complete Collection. 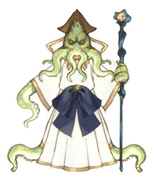 The Mindflayer (Mind Flare in PS version) only appears in the final section of the Interdimensional Rift. It has both high stats and can use two Blue Magic abilities: Flamethrower, a Fire attack, and the signature Mind Blast, which inflicts Paralysis, Sap, and non-elemental damage. (Having Haste cast upon you or having the Hermes' Sandals equipped negates Paralysis)

Soulflayers are part of the demon ecosystem, said to be the ultimate transformation of a Blue Mage that has succumbed to the "beast within". They were introduced in the Treasures of Aht Urhgan expansion, and they use many different types of powerful magic. They retain their signature attack, Mind Blast, here inflicting Lightning damage and Paralysis. 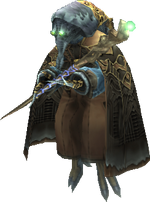 The Mindflayer is a Mark hunted in the Henne Mines. A garif from the village of Jahara orders this Hunt, since the garif are not able to fight proficiently against monsters that rely on magick. The Mindflayer uses many mid-level spells, such as Fira, Blizzara, Thundara and Bio. It also uses Invert to flip a character's HP and MP.

The Piscodaemon, a paler, green-tinted, stronger version of the Mindflayer, is a Rank V Mark petitioned by one of the Kiltias on Mt Bur-Omisace. It is described as being a "nu mou male, fallen into dark, sorcerous ways". It has access to many similar abilities as the Mindflayer, but it does not have elemental spells other than the Dark element through the Darkra spell.

Mindflayers are one of several new enemy types being included in A Realm Reborn. These powerful voidsent are encountered as bosses in dungeons such as the Tam-Tara Deepcroft or Amdapor Keep, or in open world as S-rank elite hunt mark. Minute Mindflayer is a minion the player can acquire.

Mindflayers are fought in caves of Duscae, Cleigne and Leide, during the Hunts Exorcism of the Nebulawood, Back Alley Spook and the Main Quests Sword in the Waterfall and The Trial of Ramuh.

It is possible to recruit a Piscodemon to Ramza's side with an Orator.

The Mind Flayer is a boss found at the top of Davias' Mansion. He's surrounded by four spinning balls of flames and throws multiple flaming orbs at the player for his main attack.

Mindflayer is an enemy family. 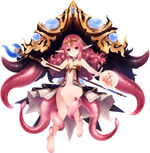 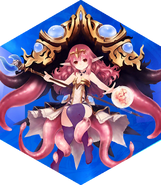 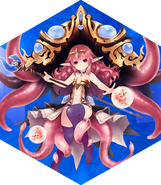 This gallery is incomplete and requires FFIV version and FFIX version added. You can help the Final Fantasy Wiki by uploading images.

Mindflayer from Final Fantasy IV appears as an enemy. 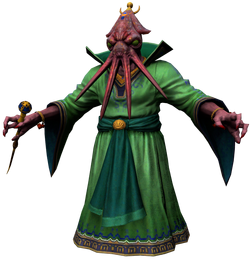 A mindflayer in the A Realm Reborn alpha. 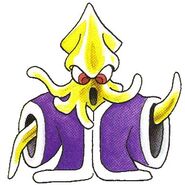 [view · edit · purge]Mindflayers, or "Illithids," are a race found in Dungeons & Dragons. They appear humanoid, with heads that resemble octopuses, and frequently are found in the Underdark. They have fearsome psychic powers, subsist on a diet comprised of the brain tissue of sapient beings, and often enslave other races.

[view · edit · purge]Piscodaemons are daemons in Dungeons & Dragons. The term is a combination of Latin piscis (fish) and “demon”. In D&D they are a different creature with unrelated origins, they look a bit like Mindflayers, which might have prompted the naming of the variant enemy.