Mimes rely on copying the abilities of other party members using their trademark Mimic ability. Depending on the game, they are one of the best or are the most complex to use, from having no innate abilities of their own to demanding many classes to be mastered before its access. The Mime usually behaves eccentrically, and their clothing reflects this demeanor, yet they will likely be some of the strongest and most powerful fighters around.

The Mime is a secret job. In the merged world, if the party ventures to the sunken Walse Tower, they can locate the Water Crystal shard that was unachievable earlier. The job can use every previously learned innate ability except for equip abilities, and can mimic the last action of anyone in battle. It can equip three abilities at once.

Gogo's job was removed from the North American Super Nintendo version of the North American game. Within the Final Fantasy III Nintendo Player's Guide, their job is given as The Mimic. The English Gameboy Advance version retained the job titles and Gogo is a Mime. Gogo is an optional character based on the Mime job from Final Fantasy V. Gogo can equip three of the abilities the other party members know, and can use the Mimic command to copy their last action. This makes Gogo a good candidate for dueling within the Dragon's Neck Coliseum.

The Mime job is arduous to unlock, and is intended for late use in the game. The unit will need a LV5 Dragoon, Geomancer, Orator, Summoner and LV8 Squire and Chemist.

The Mime has no innate abilities but will mimic the actions of any other player unit that moves before it. If a unit uses a Potion, the Mime will also on the next turn. If a unit attacks one square in front of it, the Mime will do likewise. Thus the Mime needs careful planning to be effective. As the trade-off they get as many turns as there are allied human units in the battle. They are competent physical warriors due to their stats and innate support abilities. They are useful with Dancers and Bards, as one Mime and one Dancer/Bard will double the dancing/singing without any waiting and more Mimes will equate in tripling or further, depending on how many are used.

A Mime cannot mimic another ally Mime's action nor the unique skills of exclusive classes such as Sword Saint; only the command skills which can be learned from regular jobs can be mimicked. There is a small chance the Mime will fail to mimic.

Bartz is based on the Mime class as seen in Final Fantasy V: he combines the attacks of his allies into new techniques, and in his EX Mode dons a red cape and has three gold stars over his head, the red cape approximating Bartz's costume while a Mime in Final Fantasy V, and the stars symbolizing mastery over a job.

In the Duel Colosseum, when selected, the Mime job card transforms into a random job card upon entering the job card selection area.

The Mime job card appears in the new Labyrinth mode, and transforms into a random job card.

The Mime is also a job that can be selected for a character in the player's party for Quick Battle, Friend Cards, or wireless matches. The Mime copies the effects of whatever advanced job the opponent's character has.

An unorthodox variant of the Mime, the Memorist, is a job available to the Warriors of Light. Using its Memorandum ability, the Memorist can utilize a random selection of menu abilities learned through other jobs, effectively mimicking their capabilities in combat. They can also harness the power of memory fragments, which can boost their raw combat statistics. Argy, an advanced android built by the Avalonian Empire, serves as a guest Memorist character, and later bestows the job to the Warriors of Light.

The Mime appears as a character card. 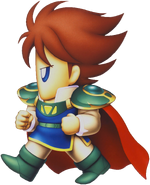 Bartz from Final Fantasy V as a Mime.

A Mime from Final Fantasy Tactics. 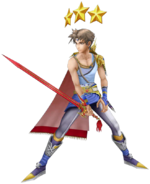 Bartz as a Master Mime in his EX Mode in Dissidia.

[view · edit · purge]A mime or mime artist is someone who uses mime as a theatrical medium or as a performance art, involving miming, or the acting out a story through body motions, without use of speech.