Midgardsormr is an earth-elemental Eidolon that appears in Final Fantasy Dimensions II. Its signet can be obtained for Wrieg for completing "CID, Inc." story quest during Chapter 4-1.

At the time of it being obtained, the signet serves a decent boost to most of Wrieg's stats, with the exception of its MP and speed bonuses. The signet teaches Wrieg the Stonega Breath abilities, which are excellent at that point of the game, allowing him to deal heavy earth-elemental damage to all enemies.

Midgardsormr is based on the recurring earth serpent summon that initially appeared in Final Fantasy VI. The summon's final form uses a color palette similar to the sprite of the Midgardsormr esper from its original appearance.

Midgardsormr's summon attack is Abyssal Maw, which inflicts earth-elemental damage to all enemies and inflicts speed down for 3 turns. Summoning Midgardsormr costs 2 bars from the Summon Gauge.

The following are the abilities Wrieg can learn from Midgardsormr:

In the original free-to-play versions of the game, Midgardsormr's signet premiered during the game's time as Final Fantasy Legends: Toki no Suishō. Two versions of the summon were available for players to obtain; one that taught Snake Eye (I-III) abilities, and another that taught Stonega Breath (I-III) abilities. Both of its signets could be obtained through the game's summon draw shop. 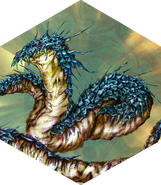 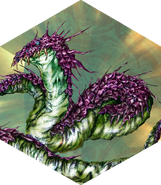 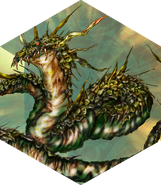 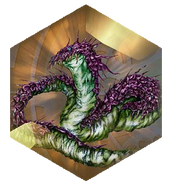 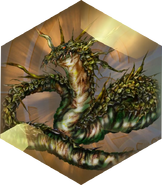