Meteor Javelin (メテオジャベリン, Meteo Jaberin?) is a recurring ability in the series. It is a Limit Break-esque ability associated with Noel Kreiss.

Meteor Javelin is Noel's full ATB skill, and is part of his Commando Crystarium tree learned on Stage 11. It can be used only once per battle unless the player uses an Elixir, which restores the ability to use a full ATB skill.

It manifests as Noel leaping into the air and throwing four spears onto the enemy that each explode upon impacting the ground. Using it resets the chain gauge, and thus Meteor Javelin is best used just before the enemy exits their stagger period. The enemy's stagger period cannot run out during the Meteor Javelin animation, and thus using it can extend the period of time allies can use attacks, such as Smite or Scourge, which deal a lot of damage to enemies exiting stagger.

Meteor Javelin is used by Noel against Lightning during his boss battle. Noel leaps into the air and shoots four javelins at her with the same effects and animation as in Final Fantasy XIII-2.

Noel Kreiss+ may also perform his version of the Big Bang ability, done as an extra fifth javelin throw as a finisher to the prior sequence.

Meteor Javelin is Noel's EX ability.it is obtained from equipping Noel with the Guardian's Edge EX weapon or the Power To Change The Future passive from Limit breaking the weapon 3 times and leveling it to level 35.

The attack is a single target 3 hit Brv+HP attack that is repeated 4 times and ignores defense with 20% splash damage.

Meteor Javelin becomes Meteor Javelin+ if Noel uses it on a broken enemy, dealing more damage to the enemy and increasing the splash damage from 20% to 50%

Meteor Javelin is a STR ability with 1440 Attack and Defense, and Normal growth rate.

Meteor Javelin is the Ultimate for Last Hunter job. 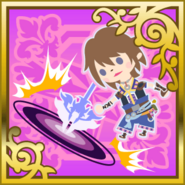 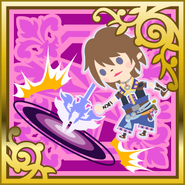 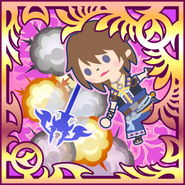 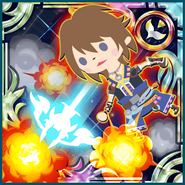 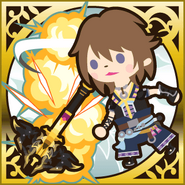 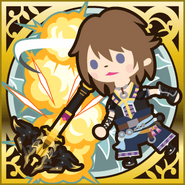 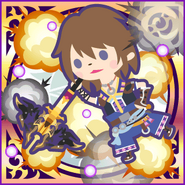 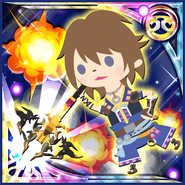 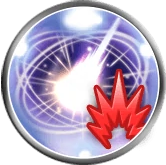 [view · edit · purge]A meteor or "shooting star" is the visible streak of light from a meteoroid or micrometeoroid, heated and glowing from entering the Earth's atmosphere, as it sheds glowing material in its wake. Meteors rarely explode in the Earth's atmosphere. The term has become associated with quickness with the adjective "meteoric." In the context of myth and superstition, meteors and comets sighted in Ancient and Medieval Europe were once held as ill omen, said to be the message of the heavens' displeasure of man's affairs to herald grave catastrophes.

[view · edit · purge]A javelin is a light spear designed primarily to be thrown as a ranged weapon. The javelin is almost always thrown by hand, although hurling devices do exist. The word javeline comes from Middle English and it derives from Old French javelin, a diminutive of javelot, which meant spear.