Kenichi Sato
The Mermaid is a water-elemental Eidolon that exclusively appears in Final Fantasy Dimensions II. It can be obtained as a signet for Aemo to equip by completing the "Shiva" side quest in the Present Shivask Plains.

The Mermaid summon is depicted as a young girl with a humanoid upper body and fish-like lower body. As the summon evolves, the Mermaid's appearance shifts colors and wields a second timbrel.

The Mermaid's special attack is Mermaid Harp, which restores a maximum of 1/5 of MP to the entire party. Summoning the Mermaid costs 1 bar from the Summon Gauge.

The following are the abilities Aemo can learn from the Mermaid: 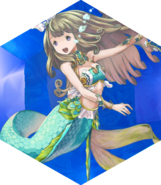 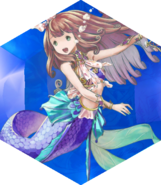 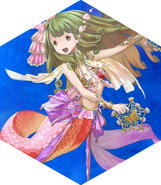 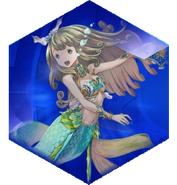 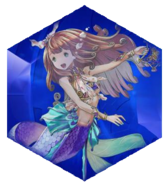 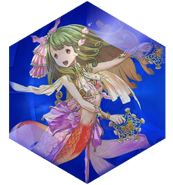 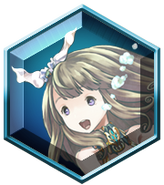 [view · edit · purge]A mermaid is a legendary aquatic creature with the upper body of a female human and the tail of a fish. Mermaids appear in the folklore of many cultures worldwide, including the Near East, Europe, Africa and Asia.