I"m in a favorable mood today. I will show you something special... the essence of magic!

Mediena is a character and summable vision from Final Fantasy Brave Exvius.

Mediena has a appearance of a youthful looking woman with long brunette hair tied into a ponytail and twin braids with a crescent moon hair accessory and blue eyes. her ears has red earrings and wears a blue dress and black stockings with red shoes.

5★ - No. 0904: An immortal great mage with a myriad of spells at her disposal that has donned many names. Although Mediena's appearance is that of a youthful lady, it is rumored that she is actually centuries old. Many mages revere her as the being closest to the true essence of magic, but her lack of interest in the mortal world often keeps her from ever showing herself.
6★ - No. 0905: A great mage that has mastered all magic and is rumored to use her powers to grant wishes. Mediena is quite a fickle lady, and will not lend her powers to just anyone. She has been known to grant someone's wish only to turn him or her into a frog immediately afterwards. Since her only goal is to pursue magic even further, those who wish for something that does not help her meet her own ends will most likely pay a steep price.
7★ - No. 1131: A great sorceress whose name has remained in records dating back hundreds of years. Believing firmly that "The nature of magic is to grant one's desires," she has both saved children from drowning in rivers and intervened in the wars of large empires. She is a fickle witch that believes what's important is not whether something is good or evil, but rather whether or not it satisfies her interests.
Entries for different versions of Mediena.

Mediena's stats at her highest levels are as follows (with no passive abilities taken into account), along with the maximum amount of stat points that can be increased through pot-enhancements:

She can equip the following armor: Hat, Clothes, Robe

She can equip accesories. 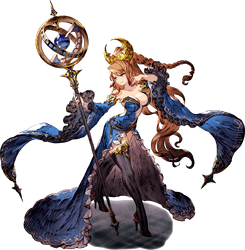 Mediena appears as a summonable vision and optional playable character. She retains her original appearance. She serves as a character representative from Final Fantasy: Brave Exvius.