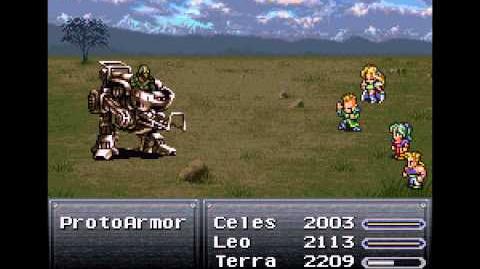 The Mantra glitch is a glitch in Final Fantasy VI which involves Sabin's Blitz, Chakra (Mantra in the release prior to the Game Boy Advance version). To pull off this glitch, before a player has Sabin input the command for Chakra, the player must confuse him or have an enemy to confuse him. This will, in turn, cause him to target the enemy group instead of the party, and heal them. It will instead inflict damage on them (if there is only one enemy, it will inflict the highest possible damage on them, 65,535, but will be shown at 9,999 damage). This is due to Mantra's formula calculating and dealing caster's HP/0 worth of HP restoration/damage.

This glitch was fixed in the game's Advance remake. There is a bugfix patch players can use to fix it on the SNES version.