Magma (マグマ, Maguma?) is a recurring ability in the Final Fantasy series. It generally deals Fire-elemental damage to one target or all targets.

Magma is an ability usable via the Terrain command in the 3D versions while fighting in the Molten Cave (40% chance to activate). It deals Fire-elemental damage to all enemies.

Magma is an enemy ability used by Trickplay, which deals Fire-elemental physical damage to one target.

Magma is a high-ranked White Magic spell that deals Quake-elemental damage to all enemies at the cost of 36 MP. It can be bought for 25,000 at Dwelg Town in the Underworld. 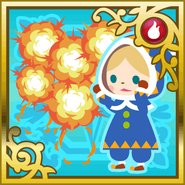 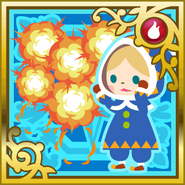 [view · edit · purge]Magma is a mixture of molten or semi-molten rock, volatiles and solids that is found beneath the surface of the Earth, and is expected to exist on other terrestrial planets.