The first appearance of Magitek armor, it is the primary strength of the Gestahlian Empire that has allowed them to begin their conquest of the world. Magitek armor is produced at the Magitek Research Facility at Vector and is powered by energy drained from espers. When the Empire discovers that magicite is a far more efficient means to acquire magic, Gestahl ceases production of further suits of Magitek armor.

Magitek armor enemies include the Magitek Armor, Heavy Armor, Mega Armor, Pluto Armor, and Duel Armor. Many more Magitek-type machines built by the Empire are fought throughout the game.

Vanille's Eidolon Hecatoncheir's Gestalt Mode was not intended as a reference to Magitek armor, but the developers acknowledge it appears similar. In Final Fantasy XIII-2 the Brain Blast quiz refers to this transformation as Magitek armor.

Various Magitek armors feature as a primary tool of war for the Garlean Empire, most based on enemies from Final Fantasy VI. The most common variant is the Reaper, based on Yoshitaka Amano's original concept art. Four variants of the Reaper are available to the player as mounts. The basic black, with a Garlond Ironworks logo emblazoned on it, is obtained upon completion of the Praetorium. A gold-painted version is obtained with the achievement "Everybody's Darling", for obtaining 500 player commendations. The Red Baron and White Devil, red- and white-painted Reaper variants based on those owned by Nero tol Scaeva and Livia sas Junius, respectively, can be obtained as downloadable content. Lucia goe Junius is also shown to own a White Devil.

A newer Magitek armor model based on the in-game sprite from Final Fantasy VI, known as the Predator, first appears in the Baelsar's Wall dungeon, and is available as a mount dropped from the final boss in the Ala Mhigo duty.

Other Magitek armor models include the Vanguard, Rearguard, Hexadrone, Avenger, Sky Armor, and Armored Weapon. The latter two are based on the Final Fantasy VI enemies of the same name.

An MA-X series armor from Final Fantasy XV appears in a FATE during the A Nocturne for Heroes crossover.

In Final Fantasy XIV: Shadowbringers, Magitek armor models from Final Fantasy Type-0, Dàinsleif and Gabriel, are found in the instanced areas of Bozjan Southern Front and Zadnor as Critical Engagement encounters. During the siege on Castrum Lacus Litore, a Brionac model appears as the first boss encounter in the instance. Players can also obtain a Gabriel mount as a reward. Gabriel armor models return in Endwalker, found exclusively in Garlemald.

Magitek armor are war machines deployed by Niflheim that appear as enemies at imperial blockades and bases, and randomly deployed from dropships. Various models exist and some are fought as bosses and optional superbosses. 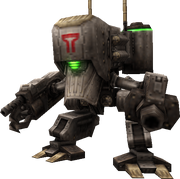 The White Tiger Crystal in Milites, the nation that instigates the war in Orience, grants the power of weapon to its people, allowing the creation of magitek armor (abbreviated as MA). Various grounded and flying variants exist, some specific to their high ranking pilots, designed to withstand the Dominion of Rubrum soldiers' magic and Eidolons. Magitek armor were invented 550 years ago after Milites suffered defeat at the hands of the Lorican Alliance in the Second Lorican-Militesi War of 301, when the empire hastened its development of new weapons.

The Mage Mail, available from the last boss rush mission on Normal mode, refers to the Magitek armor. The description says: "Military equipment that exists in the sixth final fantasy". The armor appears as a mechanical armor suit.

The Magitek armor appears as an obtainable signet summon. 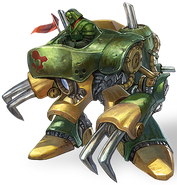 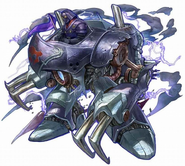 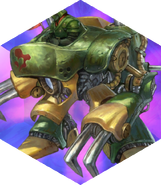 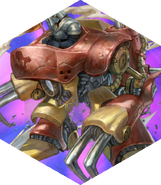 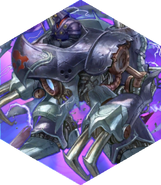 Various classes of Magitek armor appear as enemies. Though their attacks may vary slightly, all are weak against Thunder-based abilities, Upon BRV Break, most will short-circuit, causing a delay of 3-5 turns before they recover.

The emblematic weapon of the Gestahlian Empire, this mechanical suit holds magic long lost to humanity, imbued within it by sacrificing countless espers. A giant, steel shadow lurching through the towns it burns...

Magitek armor is an enemy during Battle Music Sequences. They are based on their Final Fantasy VI sprite.

The two you're looking for aren't piloting this fusion of magic and machine.

A generic Imperial Soldier is piloting a Magitek armor, an exclusive character only available from the Premium Character Shop as a random downloadable content, he uses the Thunder Beam ability during battle.

The tanks of the Gestahlian Empire don't mess around; they will arrive blasting the party with all they have. Too bad for them that in both cases, they are easily fried by Thunder-based attacks and spells. A Summoner with Ramuh, fighters with Thunder Strike, and Black Mages with Thunder or Thundara should suffice to fell the lot. Be sure to heal and protect any party member taking the brunt of their assault. Prior to February 18, 2016, Cyan could join early once the party completed the Imperial Camp Bonus Quest.

Beware the Elite versions: they like to hit five times harder than other Elite level bosses, making even a maxed-out party seem powerless. Fast execution of buffing spells and high-level Thunder attacks should be a priority. Prior to February 18, 2016, Edgar joined the player if Figaro had its Bonus Quest attached. 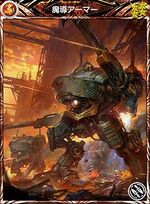 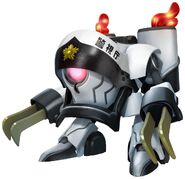 The Magitek armor appears as a wearable outfit in Kingdom Hearts Union χ[Cross] for the player. 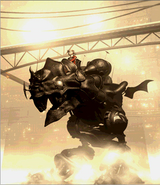 Yoshitaka Amano artwork of Terra in Magitek armor for the box art of Final Fantasy VI. 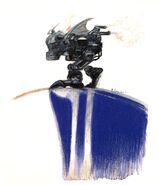 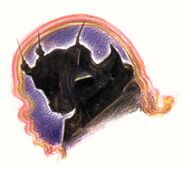 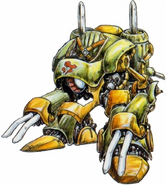 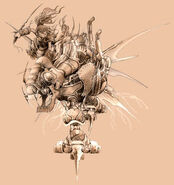 Magitek armor under construction in the Magitek Factory.

The rear view of a Magitek armor from the opening cutscene of Final Fantasy VI. 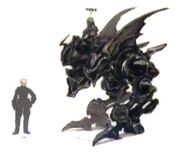 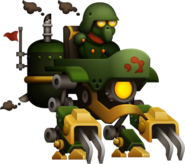 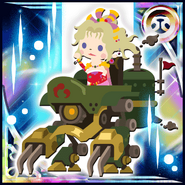 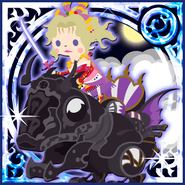