Magitek (魔導, Madō?, lit. Magic), or magical technology, is a recurrent technological advancement in the Final Fantasy series, being introduced in Final Fantasy VI. It revolves around the use of magic or similar energies to power up machines and devices.

A common byproduct of Magitek is the Magitek Armor, commonly large bipedal robots that can be piloted by humans.

Magitek was invented by Cid Del Norte Marguez, an imperial engineer. Using an unknown process, Cid discovered a way to forcibly extract magic from espers and imbue machines and humans with the resulting energy. As the first experiment with Magitek, Cid infused Kefka Palazzo with magic, giving him great power but destroying his sanity.

Later experiments use a modified process, granting the subject magic but at a lower potency. This increased the usefulness of the process, and the empire began to produce machines that could use Magitek. This led to the construction of the Magitek Research Facility in the imperial capital Vector, where espers are drained of their powers and machines and humans are granted magical abilities.

The main use of Magitek is the empire's signature Magitek Armor, which can fire beams of magical energy. Magitek Knights, humans given the ability to use magic, also begin to appear in the empire's ranks with increasing frequency as the Magitek processes are developed. The animals around the continent of Vector become imbued with magic, possibly from the fallout from the Magitek Research Facility. With their armies using Magitek, the empire conquers the southern continent and attempts to push into the north, conquering Doma and Figaro.

After the Returners attack Vector, the Magitek Research Facility is damaged and the espers used to power the empire's experiments turn themselves into magicite. The Returners take the magicite, cutting off the empire's supply of Magitek power. Cid and Kefka learn that the magic taught by magicite is more potent than magic extracted through Magitek. Thus, the factory is dismantled and, with the war approaching its end, Magitek use is largely discontinued as Kefka and Gestahl opt to use magicite instead.

Following the cataclysm, the empire is destroyed, but many machinery and Magitek soldiers still linger at Kefka's Tower. They are more powerful than the empire's, likely due to Kefka's increased magical powers and ability to imbue others with magic.

Magitek is a command available when riding a Magitek Armor, replacing the Attack command and Gau's Rage command. Magitek abilities are magical and most are unblockable. Magitek is powerful and requires no MP to use, but the range of abilities is restricted for most characters. 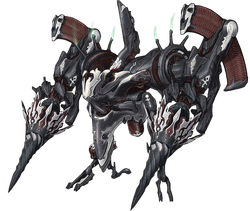 Magitek refers to machina devices fueled by ceruleum. On Hydaelyn, the Garlean Empire are the foremost users of magitek. The majority of Garlean citizens have a natural ineptitude for the workings of magic to the point of not being able to naturally manipulate aether whatsoever, and so to overcome this disadvantage developed magitek.

The technology is not widely used on the Eorzean region, but is slowly being adopted and seeing more widespread use thanks to Garlond Ironworks. A merging of Garlean magitek and Ul'dahn mine carts results in a web of iron causeways that spread across Thanalan. Magitek Armor first saw military use during the great battle of Carteneau. Kobolds are increasingly making use of magitek devices—including ones surreptitiously "borrowed" from the Garleans and then modified with goblin ingenuity (if it can be called that).

While some airships are fueled by ceruleum, they are not grouped under the label of magitek.

The empire employs magiteknology to produce various apparatus, among them the magitek infantry, magitek armor, airships, and magitek rifles wielded by the imperial infantry. Niflheim has been using magitek for centuries, appropriating the technology from the ancient civilization of Solheim. The technology was further developed by Verstael Besithia with help from Chancellor Izunia to power it with miasma manufactured in imperial facilities. The Wallbreaker Wave technology is used to block out the power of the Lucis dynasty, with exception of the Ring of the Lucii. Mass production of magiteknology requires enormous quantities of oil and coal, which the empire sought from Cartanica, a once-lively town rife with natural fuels.

Magitek Exosuit is an attire the player can wear that uses magiteknology to immunize the party against damage.

Magitek is the result of the C-Engine, technology that siphons power from the White Tiger Crystal. It was developed by Cid Aulstyne, an engineer in the imperial military. The empire premiered Crystal energy extraction technology, and developed the magitek armor. The imperial government installed high-output C-Engines throughout the state to extract energy from the Crystal that distributed the energy to smaller C-Engines, which then used that energy to generate power for the various imperial arms factories. As a result, magitek armor could be mass-produced.

Magitek is a technology used by the Zoldaad Empire that it acquired via Emperor Sozhe's cooperation with Dr. Lazarov.

Within Japanese cultural concepts, western machinery introduced in the late 1800s stirred superstitions. Some even saw machines as supernatural contraptions of demons. Within Japanese language, the use of ma, or the onyomi of 魔, means not only "demon", but also refers to otherworldly power. The counter word -goki is used to count machinery and unit code names of a serial production, but is sometimes used in wordplay within Japanese literary fiction to showcase the closeness of machinery to demons, as through homonym it can come to mean "great/strong demon".

In the Final Fantasy series, magitek combines magic and science.