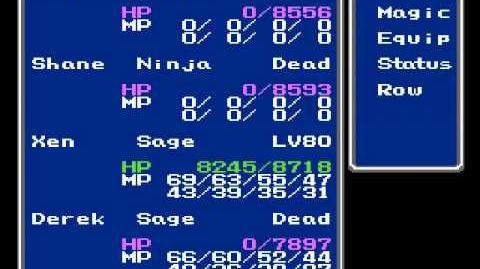 In the original NES version of Final Fantasy III, it is possible to duplicate magic using the Sight spell. To use this glitch, one must be on the world map on foot or on airship, to be able to use Sight.

This glitch can effectively be used to generate money, by selling duplicates of spells. It is especially useful later in the game, as Shurikens are extremely expensive.