The original NES version did not use the MP system that would become standard for later games in the series, but instead a variation of the spell slots system from Dungeons & Dragons. Spells are organized into tiers, and a character can learn up to three spells in each tier; learning a new spell requires them to forget one they already know. Each tier of spell has a number of charges, and casting a spell of that tier consumes one charge. Spell charges are replenished by resting at an inn, or by using a Cottage.

The Game Boy Advance Final Fantasy I & II: Dawn of Souls port, and the PlayStation Portable 20th Anniversary port, overhauled the game balance, including changing magic to use an MP system where all spells have an cost and characters have a pool of MP that is consumed. These ports also added Ethers as a means to restore MP. Spells are still divided into tiers with characters only able to learn up to three spells from each tier.

While Final Fantasy distinguishes between White Magic and Black Magic, both are classified under the command "Magic" in the player's menus. The Red Mage groups spells from both schools under this command, and is still limited to only knowing up to three spells in each tier regardless of school.

Hit determination is done by the following formula:

If a status or debuff spell hits, it applies its status effect or debuff on the target. If a damage spell hits, it gains an extra damage bonus that differs between versions. Healing and buffing spells never miss.

Formulas for NES to Origins[]

If the hit was successful:

If the hit was unsuccessful:

The amount healed is capped to 255 though this value can never be reached without hacking. Curaja does not use this formula and sets the target's HP to full.

When used out of battle, the amount healed is instead a set amount of HP plus a random value, both of which are tied to the spell in question.

Formulas for Dawn of Souls and onward[]

The caster's stats factors into how much damage is caused.

Multiplier is determined by Intelligence. Multiplier starts at 1, then increases by 1 each time Intelligence surpasses the following numbers:

If the spell hits (following the determination from above), an additional damage bonus is applied. The hit bonus is not affected by weakness/resistance:

If the target is a player character, their Magic Defense determines how much damage is reduced by.

Magic damage is capped to 9999. This can never be reached without hacking.

The caster's Intelligence and the target's Luck both affect the amount healed. 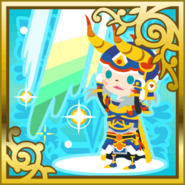 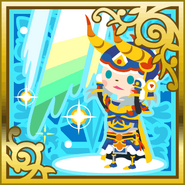 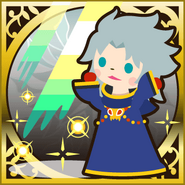 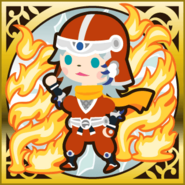 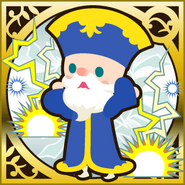 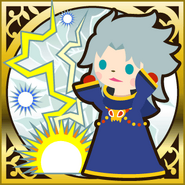 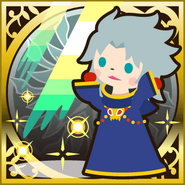 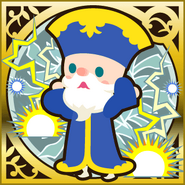 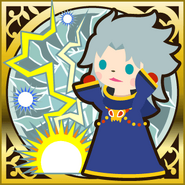 Paralyna was originally slated for inclusion in the original Final Fantasy as a level 2 White Magic spell that would have cured both the Sleep and Paralysis ailments. Its name was also spelled differently in Japanese, as パララナ rather than the final パラナ.[1]