The more you attack it the sooner it casts Maelstrom. Immune to water and weak against lightning. Darkness and poison are the way to go.

Maelspike is an enemy in Final Fantasy X found in the underwater tunnels in the cave at Mt. Gagazet. Its powerful magic attack called Maelstrom hits all party members. Maelstrom has a 50% chance to be used after its counter reaches 9, which increases by 1 when attacking or targeted, after which the counter is reset. Maelspike is susceptible to Wakka's Dark Attack. 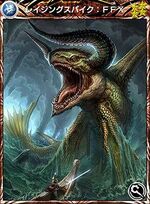 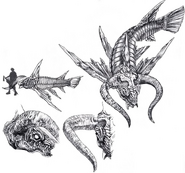 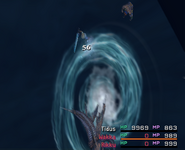 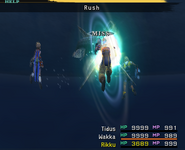 Rush.
Add a photo to this gallery

Retrieved from "https://finalfantasy.fandom.com/wiki/Maelspike?oldid=3380949"
Community content is available under CC-BY-SA unless otherwise noted.