Maduin is a light-elemental Eidolon that appears in Final Fantasy Dimensions II. Maduin's signet can be obtained for Wrieg to equip as the first-time completion reward for the "Dropped Package" side quest in Present Titan Brook.

The signet teaches Wrieg his basic healing ability, Chakra. Aside from its usefulness in the opening chapters of the game, the Maduin signet is considerably weak.

The following are the abilities Wrieg can learn from Maduin:

In the original free-to-play versions, Maduin was a normal light-elemental summon that could only be obtained through the game's summon draw shop. There were two variations of the summon, a variant that taught Banishra abilities and a second variant that taught Chakra abilities. Maduin was an A rank signet and could be equipped by all party members.

A fully upgraded Banishra-type Maduin was equipped to Aemo during the game's opening tutorial in the free-to-play versions. 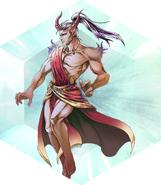 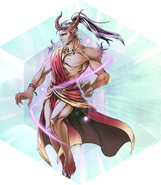 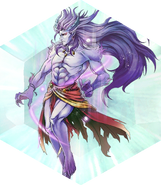 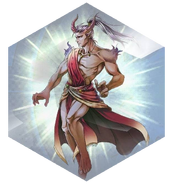 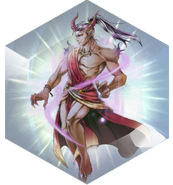 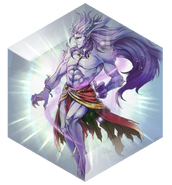 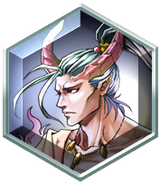