Oasis in Bikanel Desert during chapter 2

Very high HP due to auto-abilities

Machina Maw is Rikku's special dressphere in Final Fantasy X-2. It is obtained at the Oasis in the Bikanel Desert while chasing the Leblanc Syndicate in Chapter 2. An advanced Al Bhed machina weapon, Maw resembles a large Helm-type fiend.

The auto-abilities Break HP Limit and Break Dmg. Limit are only available if the player has found the Machina Reactor and Machina Booster key items, respectively. Machina Reactor is inside a chest in the Ruin Depths dungeon. Machina Booster is found in a chest near the lift leading to the Youth League Headquarters in Mushroom Rock Road. Both can only be obtained in Chapter 5.

Rikku wears a tight, full body medium blue outfit with dark blue accents. She has a blue headband with dark blue spots. She rides atop a large, gold machina beast with missile launchers on its back and spike on the front shoulders.

Rikku's victory pose is to jump off the machina and stroke its head.

All three have the same auto-abilities. 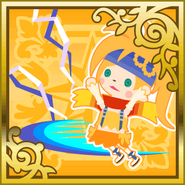 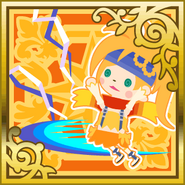 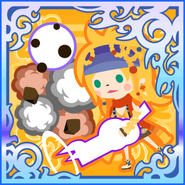 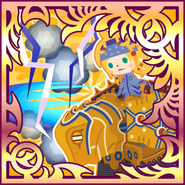 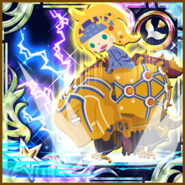 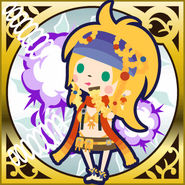 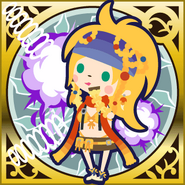 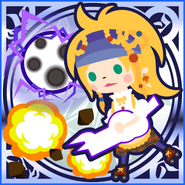 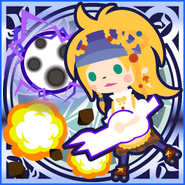 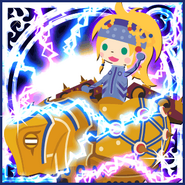 In Dead Fantasy VI during three of its previews, Rikku uses her special dressphere during her one-on-one battle with her rival Ayane. The Machina Maw appears the same as its regular form in Final Fantasy X-2, but the color is pale gold and the spikes capri blue and it can transform into a gigantic Helm-like fiend. Rikku's full body suit within her special dressphere is royal blue instead of medium blue.

Concept designs of all special dresspheres.