Soeda Sachiyo
Lorelei is a water-elemental Eidolon from Final Fantasy Dimensions II. She can be obtained as a signet for Aemo to equip by completing her thirteenth episode, "Unei and Aemo".

In the original free-to-play versions, Lorelei's signet could only be obtained through the summon draw shop.

Lorelei's official description is that of a water fairy with the power to greatly increase speed.

The following are the abilities Aemo can learn from Lorelei: 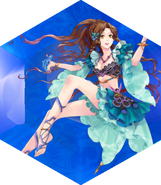 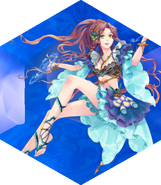 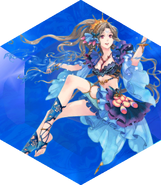 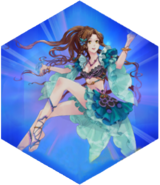 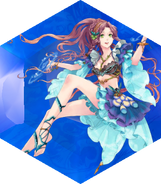 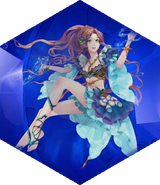 [view · edit · purge]Lorelei is a feminine water spirit, similar to a siren or mermaid, which is rumored to send sailors to their death, by luring them near cliffs with her beautiful singing voice.