Locke is a playable character in a demonstration produced by Square using characters and settings from Final Fantasy VI. The demo was Square's first foray into real time 3D graphics, and many assumed it was a precursor to a new Final Fantasy title for the Nintendo 64, but Square had not yet committed to Nintendo's console, and much of the technology demonstrated in the demo was later put to use in the rendering of full motion video sequences for Final Fantasy VII and subsequent games for the PlayStation. Locke uses a whip in the demo.

A man named Locke appears in the game as an NPC

A garb imbued with the soul of the thief. It allows for quick and agile attacks, and hastens the recovery of ATB.

Toshiyuki Itahana, the costume designer for Lightning Returns: Final Fantasy XIII, said that the Heartstealer garb is based on Locke's Yoshitaka Amano artwork. It adds 20 ATB points and starts a battle with gauge filled at 50%. The Heartstealer comes with with two locked abilities: Leaping Rush Lv. 2 assigned to

by default and Evade Lv. 2 assigned to

by default. Its passive ability is Soul of the Thief, which increases ATB speed by 35 and stagger capability by 5%. in the demo the Heartstealer is given to the player after Lightning deems the area around the ice pillar safe, and in the full version the garb appears in the cube treasure box in the Ark at the start of 9th Day.

When Lightning shifts into a schema with the Heartstealer set as its garb, she will say various quotes relating to the origin of the garb, e.g. "What's your most valuable treasure?", "You're so eager to plunder?", and "I'm no thief".

Locke appeared as a recruitable character and was of the Visitor race with Adventurer as his main job. His ability was Mirage Dive.

Locke was considered as a candidate, but was left out in favor of Terra, who was considered the most prominent character of Final Fantasy VI and had a closer link to Kefka. Locke appears as a tutor from the in-game manuals and is indirectly alluded to in Destiny Odyssey VI by Kefka, where he rebukes Onion Knight as being an "imitation hero" shortly after Onion Knight interferes with Kefka's attempt at recruiting Terra back to Chaos.

Locke doesn't make a direct appearance, but is alluded to when Vaan (another thief-inspired character) rescues Terra from Kefka.

Locke is the second playable DLC character in the first season pass. He wields daggers and throws a round bladed boomerang as part of his Bravery attacks. He is an Assassin type—when attacking foes not targeting him, he deals extra damage and his EX skill Steal becomes Mug. Steal takes an item to use at will, where as Mug takes a piece of equipment that can be used to unleash a powerful attack. Whether or not an enemy is currently targeting him is determined at the instant Locke unleashes his attack.

Locke, voiced by Yūki Ono, was featured as the central character of this two-time event that is canonically related to Dissidia Final Fantasy NT.

In search of valuable prizes from the past, this treasure hunter traverses the world. His bitter regret over failing to protect his former love has left him unable to ignore any woman in danger and thus it is when he saves Terra in the mining town Narshe. He risks his life for her and throws himself irrevocably into the struggle to overthrow the empire.

Locke appears as an unlockable character, and he is obtained by collecting Indigo Crystal Shards. His appearance is based on his Yoshitaka Amano art.

The "treasure hunter" lives up to his name; most of his abilities are solely for obtaining rare treasures, and he has several abilities to tackle field stages. A major downside is that he can only equip 1 proactive ability, since a number of his treasure skills are relegated to support types.

A 'treasure hunter' who wanders the world in search of ancient relics, his kind heart remains the property of one woman. The loss of her drives him to join the battle for the future, so that he might never again lose someone he loves...

Locke is an unlockable character, and is obtained by collecting Orange Crystal Shards.

Locke fortifies his speed for increase luck, with abilities emphasizing his forte in increased item drops, enabling the party to obtain at least one or more useful items across all music stages. All of his support skills increases the likelihood to obtain treasures, so for players wanting to utilize items for quick experience or tackling the paths in Quest Medley, Locke is a second-to-none choice for any player.

Locke is one of 28 default playable characters.

His Limit, Mirage Dive, deals damage to boss-type enemies in direct proportion to Magic and Agility.

Locke appears as a playable character. His initial weapon is the Baselard.

Locke is an ally and a summonable Legend depicted in his default Final Fantasy VI outfit. His ability is Mirage Dive. His EX abilities are Mirage Dive and Ifrit. 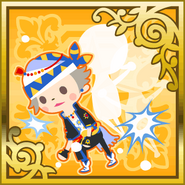 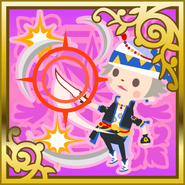 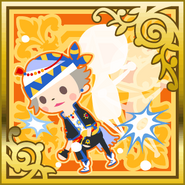 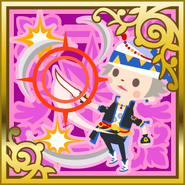 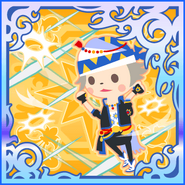 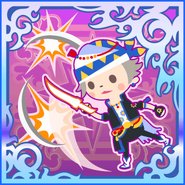 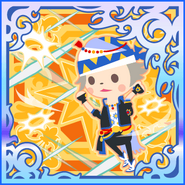 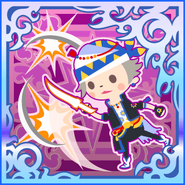 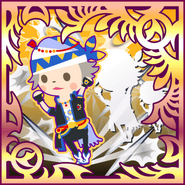 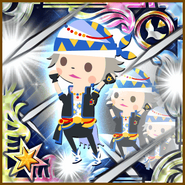 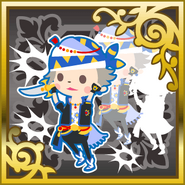 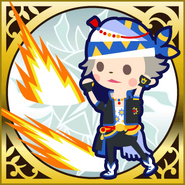 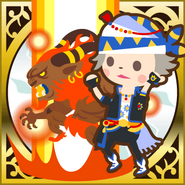 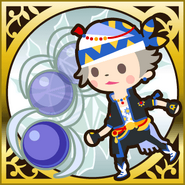 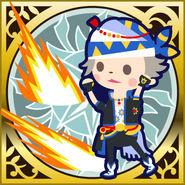 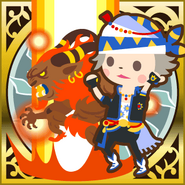 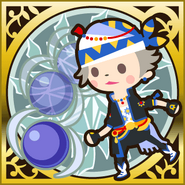 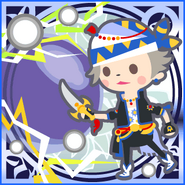 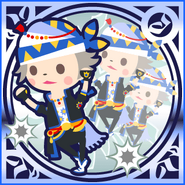 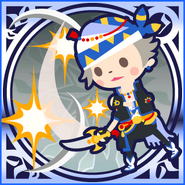 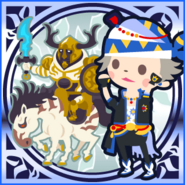 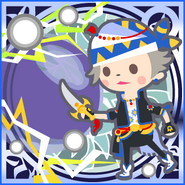 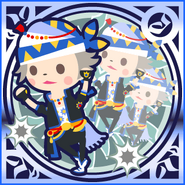 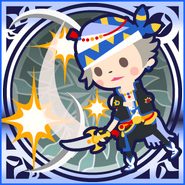 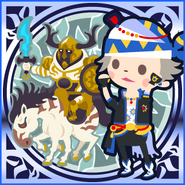 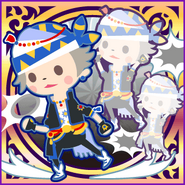 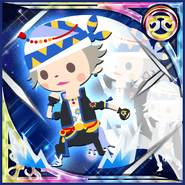 Most consider this globe-trotting treasure hunter to be no more than a common thief.

Locke is an exclusive character available from the Premium Character Shop as a random downloadable content. He uses the Mirage Dive ability during battle.

Locke is a playable character who could initially be recruited during the Challenge Event Legendary Plunder as the First Time Reward for completing the event's Phoenix Cave stage on the Classic difficulty track. His Hero Record was rereleased in the Challenge Event Assassin in Black. 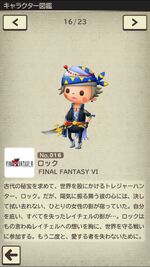 Locke appears as a summonable vision and optional playable character. He retains his original appearance. He serves as a character representative from Final Fantasy VI. He is available in three variants: the 3-5★ Rare Summon "Locke", the 5-7★ Rare Summon "Adventurer Locke" and the Neo Vision Rare Summon "Locke -Neo Vision-". 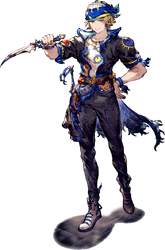 Locke appears as a summonable vision and optional playable character. He retains his original appearance. He serves as a character representative from Final Fantasy VI. 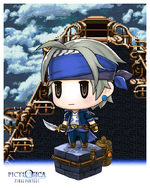