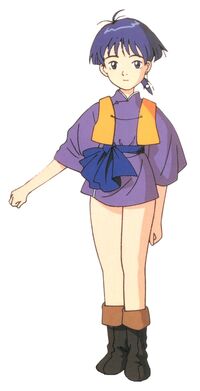 Linaly (リナリー, Rinarī?) is a descendant of Bartz Klauser in Final Fantasy: Legend of the Crystals. She is Prettz's friend.

Linaly is a young girl with short blue hair tied in a small ponytail and blue eyes. She wears a very short, purple, kimono-like dress with an indigo bow tied around her waist and a yellow crop vest. She wears brown boots and has a single yin-yang earring dangling from her left ear.

Linaly is a daring and courageous girl.

Linaly has the ability to summon Chocobos, although they appear to be plucked and easily frightened. The Yin-Yang earring on her left ear contains special powers and is used as a contact with her grandfather, who has the other pair with him.

When Linaly asks her Grandpa why he lied to Prettz, he says that Prettz is too "rowdy and annoying." When an Antlion suddenly comes out of the ground, Linaly summons a chocobo, though it only remains for as long as when the Antlion was going to strike again. The pair were saved by Prettz, who caught up to them on his motorcycle and slashed the Antlion in half with his katana. Despite Prettz's actions, Linaly's Grandpa was injured by the Antlion, and told Linaly to continue on to the Wind Crystal.

Linaly continues on the road to the Wind Shrine with Prettz following her on his motorcycle. Prettz asks Linaly to hop on his motorcycle, but Linaly refuses and states that her Grandpa wants her to go alone. As the two are talking, a pink and blue airship attacks with cannonballs. At this point, Linaly gets on the motorcycle. A red-haired woman pirate and her two thugs come out on top of the airship, and the woman introduces herself as Rouge before continuing her attack against the party. The party eventually loses the pirates in a narrow valley.

Linaly and Prettz end up lost in a forest, forcing Linaly to use her "Yin Yang" earring to ask the spirits of the forest where they are.

The party ends up in a desert-like region called "The Valley of Dragons" where Linaly receives a telepathic call from her Grandpa to "flow with the Breath of Heaven." When Linaly asks Prettz to do so, Prettz becomes confused and asks what it is. Linaly says it is nothing but a special wind, just as a sandstorm catches the pair along with Prettz's motorcycle. Linaly is pushed off of the motorcycle, and the Breath of Heaven saves her and drops her on the path to the Temple of Winds.

When the party approaches the Temple of Winds, they figure out that the Temple of Winds is Floating above them. Prettz tells Linaly that he has an idea to get up there and leaves with his motorcycle. Meanwhile, Linaly's Grandpa telepathically tells Linaly "You, the wise one, upon arriving at the destination, open the gates to your wisdom." Then a wind comes out of nowhere and reveals five different square platforms. Linaly starts stepping on the platforms, and they begin to rise. When Linaly reaches to the top, she finds Prettz on the same airship from before as he crashes the airship near the entrance.

Linaly and Prettz get in the Temple via the motorcycle, but Prettz finds it hard to get through the temple with his motorcycle, forcing the party to get off. Linaly and Prettz find themselves on a cliff inside the temple with very unstable platforms to jump through. Linaly, more daring than Prettz, jumps to one platform, but gets stuck, forcing Prettz to follow. A voice comes out of nowhere, saying that the Crystal awaits them.

Afterward, the platforms aligned together, making it easier for Linaly and Prettz to go through. Linaly and Prettz went through to get the Crystal and memories of Cid's death went through Linaly's brain. Then Linaly dropped the Crystal, only to try to get it again, but this time the Crystal pierced through her body. Linaly collapsed to the ground in shock, then the Crystal, now within her, causes her butt to glow embarrassingly. Worried, Prettz used his bike to try to go to Haku Blue Mage.

When the Party departs the Wind Temple, the airship, Iron Wing and the chief Valkus was waiting for them to hand over Linaly's Crystal; Prettz refuses and tries to bypass Valkus with his motorcycle. Eventually, the pirates' airship drops a toxic smokescreen and captures Linaly, along with Prettz and Valkus.

In Rouge's Island, Rouge tickle-tortures a chained Prettz into telling him where the Crystal of Winds is. Prettz refuses to tell her, then Rouge embraces her whip on Linaly and threatens Prettz to tell her where the crystal is. Prettz kicks Rouge to save Linaly, and the party (including Valkus) gets sent to a dungeon.

Inside the dungeon, Prettz tries to break through the prison bars when the crystal inside Linaly's body comes out and summons a ghost in a form of Mid. He tells the party of the danger the Crystals are in as well as the inhabitants of Planet R.

In Dissidia Final Fantasy, the female moogle (denoted by a bow upon her ear) among the Mognet moogles is named Linaly. 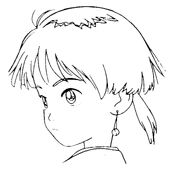 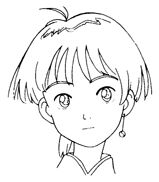