Causes Non-elemental damage to the target when your HP is 1.

Limit Glove (リミットグローヴ, Rimitto Gurōvu?), also known as Cornered, is a recurring Blue Magic spell. It deals massive damage to enemies, but only if the caster's HP is critical.

Limit Glove is one of the first Blu Mag spells available to Quina, and can be obtained by eating a Mandragora, Mu, Axe Beak, Blazer Beetle, Jabberwock, or Catoblepas. It deals fixed 9,999 non-elemental damage to an enemy if Quina's HP is 1. Limit Glove costs 10 MP to use. If Quina's HP is not 1, the ability will not work. It can't be reflected and works with Return Magic.

Deals heavy damage when own life is threatened.

Cornered is a Blue Magick spell learned from the Great Tortoise. It deals 999 damage with 100% accuracy, but requires user's HP to be in single digits. It can be learned by being hit by Limit Glove with Auto-Life/Reraise on. The spell costs 4 MP to use. 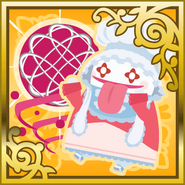 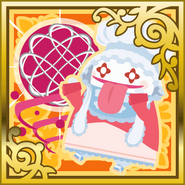 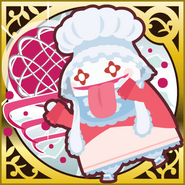 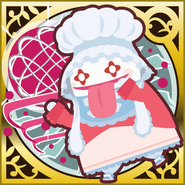