Lilith (リリス, Ririsu?) is a recurring enemy in the series. She is often a more powerful or weaker version of the Lamia, depending on the game.

Lilith is an enemy fought at Mount Ordeals. She often attacks alone, using a regular attack that can inflict Sleep, in addition to the Slap ability to inflict Paralysis, Silence, or Curse at a 33% chance. Lilith is considered an Undead, thus making her weak to Fire-elemental attacks. In addition, Liliths take x4 damage from the Ice Rod, Crystal weapons, and Paladin weapons. In the 3D versions, Liliths can drop the Lilith Rod and Silver Apple as rare items.

Lilith is an enemy fought at Cave of Eblan and Tower of Babil..

Main article: Lilith (The After Years)

Lilith is an enemy fought in various dungeons and Challenge Dungeons.

Lilith is a powerful voidsent and antagonist, featured in the Red Mage job quests. She had been summoned by Archmagus Calowise centuries ago to make a blood pact, before he sealed her in a Mhachi coffin and stole her rod. Since then, she plotted to fashion a better vessel by manipulating his descendants.

Lilith is the upgraded version of the Lamia enemy, having high HP and Attack and able to inflict multiple statuses with its Poison Frog and Kiss skills. In addition, it has the Blue Magic ability Twister, being the only enemy in the game that uses it. It can be fought during "Turf Defense Mission: Help Uladon!", "Mission #049: A Lost Ring", "Mission #058: Royal Ruins", "Mission #092: Cursed Bride", "Mission #077: Free Baguba!", and "Mission #022: To Ambervale", in addition to the clan encounter at Uladon Bog.

A monster that basks in blood and rejoices in death.

Lilith is the middle-tier of the Lamia-family, and fights similarly to the Lamia. It is capable of using the abilities Night, Kiss, Hand Slap, Twister and Eternal Oblivion.

The Lilith is the Rank 6 lamia and a possible monster that the party's monster unit(s) can transform into.

The Lilith is an enemy and also a possible monster that the party's monster unit(s) can transform into. 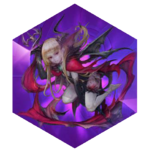 Lilith appears as an obtainable summon. She can be obtained through the summon drawing shop. An alternate variant, Lilith (God), also appears as a summon. 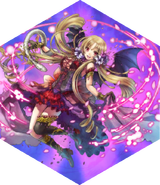 Lilith appears as an enemy roaming around the Urbeth Area and the Tower to the Sky during Part II. 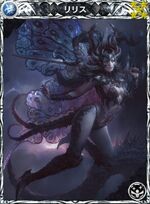 This gallery is incomplete and requires Bravely Default: Praying Brage added. You can help the Final Fantasy Wiki by uploading images.