Statue with the same effect as Osmose

Lilith's Kiss (リリスのくちづけ, Ririsu no Kuchizuke?), also known as LilithKiss, Succubus, or Kiss of Lilith, is a recurring item in the series. It has the opposite effect of Vampire Fang, in that instead of draining the target's HP and restoring the user's HP equal to that amount, it drains MP instead. It is usually a rare item.

Lilith's Kiss drains HP instead of MP. It cannot be bought, but can be found in various chests and dropped/stolen from many enemies.

Lilith's Kiss casts Osmose and can be dropped from Liliths and Succubus.

Lilith's Kiss can be used via the Mix command and drains MP from the enemy. It is created by mixing a Maiden's Kiss with either an Ether or an Elixir.

A kiss from the goddess who was transformed into a hideous monster after her children were killed by the jealous wife of the man she loved.

Lilith's Kiss applies the effect of Aspir on one enemy, draining them of MP and giving it to the user. It can be found in Florem and Eternian Central Command. 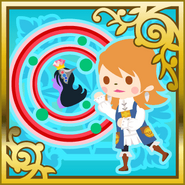 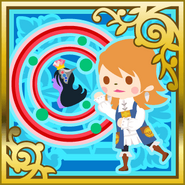