The subseries features Lightning as the lead protagonist. Mainly, Yoshinori Kitase acts as the producer, Motomu Toriyama as the director, and Kazushige Nojima as the scenario concept designer.

The three games in the Lightning Saga shipped over 12 million copies worldwide making it one of the best-selling Final Fantasy subseries. 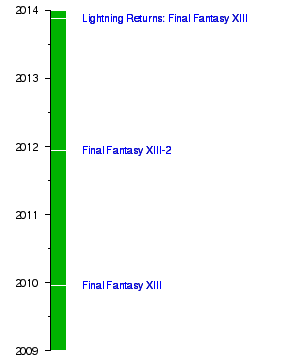 Listed in order of game release: