Legend of the Deep Forest 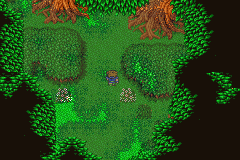