Detects by Sound
List of Leech Enemies
Leeches are pustule-like amorphs that can be found not only on land, but also in nearly all of the waters of Vana'diel. Leeches hop around, unlike other amorphs, which mostly slide.

Leeches can be very dangerous foes: a leech can attack quickly and have been known to possess extremely high longevity, as well as the ability to double attack often. Many leeches seem to share a common item, Carbuncle's Ruby, suggesting the ruby may be made of blood. For those seeking to test their skills with the power of summoning Avatars, this ruby will be an early requirement. For this reason, leeches are hunted en masse, particularly on the Buburimu Peninsula.

Leeches mostly drop various types of blood, whether that of a fiend, beastman, or bird. 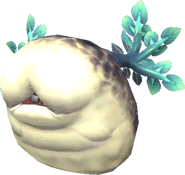 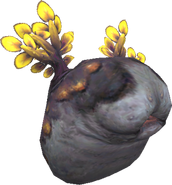