Gloves made of leather.

Leather Gloves (レザーグローブ, Rezā Gurōbu?), also localized as Leather Glove, is a recurring piece of equipment in the series. Originally appearing as arm armor, it has since become a low-ranked weapon, oftentimes the weakest weapon in the games it appears in.

Leather Gloves is the weakest glove, providing 1 Defense, 1 Weight, and -1 Evasion. It can be bought for 60 gil (50 gil in Easy Mode) at Pravoka. It can be equipped by all jobs.

Gloves made of leather.

Leather Gloves is the weakest arm armor, providing 1 Defense, -3% Evade, and -4 Intelligence/Spirit. It can be bought for 30 gil (50 in the NES/PSX versions) at Altair, Gatrea, and Machanon.

Leather Glove is the initial weapon for Tifa, providing 13 Attack, 99 Atk%, Critical% +2, and one Materia slot with normal growth.

The Leather Gloves are Tifa's default weapon and include the Divekick ability, with which Tifa leaps into the air and deals strong damage with a great area-of-effect. Leather Gloves have well-rounded stats, and their unlockable abilities mostly boost Tifa's standard physical abilities.

Leather has a glove icon before its name. It provides a defense of 1 and magic defense of 1, found in North Tower in the Present.

Leather Gloves is a level 1 grappling that provides +4 Attack and +23 Bravery. It can be obtained from the shop by trading 1,550 gil.

A single pair of gloves crafted from tanned leather. They protect one's hands from injury and ensure a solid grip on weapons. A must-have item to prevent adventurers from coming up empty-handed in the heat of battle.

Leather Gloves is an accessory that increases P.DEF by 1. It can be bought in Gathelatio for 10 pg. 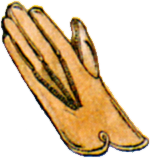 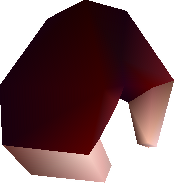 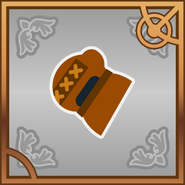 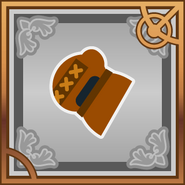