Launch (スマッシュアッパー, Sumasshu Appā?, lit. Smash Upper) is a recurring ability in Final Fantasy series originating in Final Fantasy XIII. It launches the target into the air rendering them immobile and unable to perform any action while in midair. It is associated with the Commando role from the Lightning Saga.

Attack and launch staggered target into the air.

Launch is a Commando ability that launches the target into the air. While in midair, the enemy cannot perform any actions, though their ATB will continue to fill. Targets must be Staggered for them to become vulnerable to launch. The Commando AI will automatically try to launch a staggered foe with the Attack ability. Some enemies can't be launched, including flying enemies, while others can resist getting launched, especially when attacking.

Launch can be learned by Lightning (Crystarium Stage 3), Snow (Stage 5), and Fang (Stage 5).

Both party members and enemies can be launched into the air. Targets can only be launched if the attacker's Cut value is higher than their Keep. When launched by an opponent, any stocked commands will be canceled. Attacking a launched target will stall their descent. Launched targets will take 10 damage upon falling to the ground; the Commando and Sentinel role bonuses affect this damage, as well as damage reduction accessories.

Launch is a Commando ability that allows the user to attack and launch staggered targets into the air.

Launch is also an enemy ability used by Gilgamesh, Lieutenant Amodar, and Lightning.

Launch only works on certain enemies. To launch enemies, the player must stagger them twice (first as an initial condition), then use the Launch command executed from certain physical attack-type abilities. Launched enemies can be hit with Smite, which extends from Heavy Slash. Launched enemies do not stay airborne for long and the enemy will end its stagger as soon as it hits the ground.

Launch is Lightning's Bravery attack. It is a ground attack with physical nature, melee low priority, and Wall Rush effect where Lightning slashes the target thrice and throws it into the air. It costs 20 CP to equip and mastering the ability for 140 AP reduces the equip cost to 10 CP. It is learned at level 3.

Launch is an ability.

Launch is a rank 3 combat ability, dealing twice the normal physical damage with a 1.85 second charge time. It can be created by using Power Orb x10, Non-Elemental Orb x3, and Wind Orb x3. 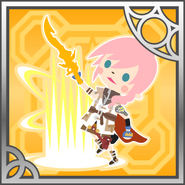 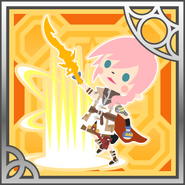 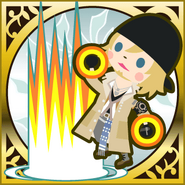 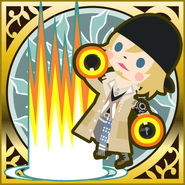 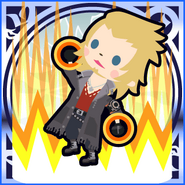 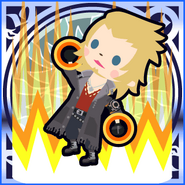