A greater healer than Sraphim. This Esper cures fatigue and restores HP.

Lakshmi (ラクシュミ, Rakushumi?), also known as Starlet, is a recurring entity in the series. She is a beautiful woman who first appeared as a summon in Final Fantasy VI.

Lakshmi is an esper obtained by defeating Chadarnook in Jidoor. Her summon, Alluring Embrace (Group Hug in the original SNES version), restores HP to the entire party. Her Spell Power is 34, and she costs 74 MP to summon. She teaches Cure (x25), Cura (x16), Curaga (x1), Regen (x20), Esuna (x20). At Level Up, she provides +2 boost to Stamina. 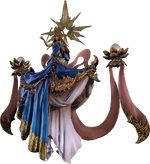 Lakshmi, the Lady of Bliss, appears in the second expansion, Final Fantasy XIV: Stormblood, as a primal summoned by the Ananta beast-tribe.

There is a possessed painting of a woman in Altissia called Lakshmi that initiates a battle when approached. It alludes to a similar scene in Final Fantasy VI where the painting of Lakshmi is possessed by Chadarnook.

Lakshmi appears as a summon in Final Fantasy Dimensions II. In addition, an upgraded version known as Lakshmi α, can be obtained as a summon. 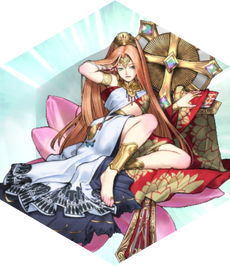 Lakshmi is a light-elemental summon. She was previously obtained through the summon drawing shop. In the 2017 release of the game, her use has become exclusive to Aemo. 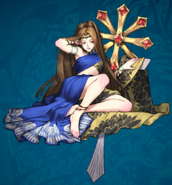 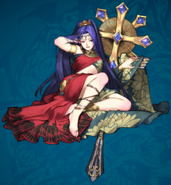 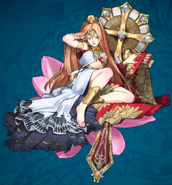 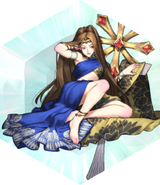 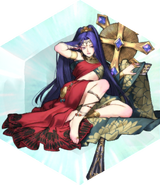 Lakshmi is a light-elemental summon. Lakshmi's design is based off her appearance from Final Fantasy VI. Her special attack Alluring Embrace restores the entire party's HP and hastens the player's next action. Summoning Lakshmi costs 3 points from the Consumption Gauge. In the 2017 release of the game, her use has become exclusive to Deathlord.

Depending on the summon's rank, Lakshmi can allow the wielder to use the following abilities: 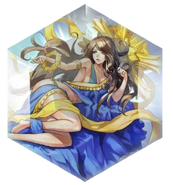 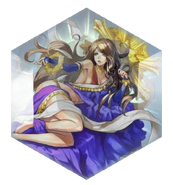 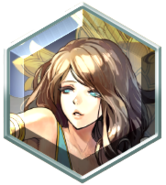 Lakshmi α is a high ranked light-elemental summon and upgraded version of Lakshmi. Like Lakshmi, Lakshmi α's special attack is Alluring Embrace, which restores the entire party's HP and hastens the player's next action. All versions of Lakshmi α are able to go up to rank 7 and using the summon in battle costs 3 point from the Consumption Gauge. In the 2017 release of the game, her use has become exclusive to Deathlord.

Depending on the summon's rank, Lakshmi α can allow the wielder to use the following abilities: 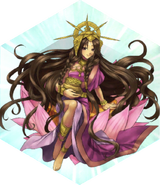 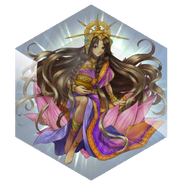 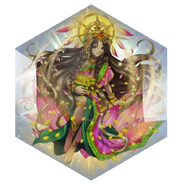 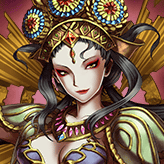 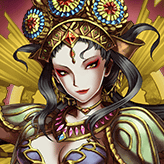 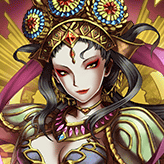 A goddess of fortune whose intricate dance bestows luck on her worshippers.

Lakshmi appears as a wind-element ability card in Mobius Final Fantasy. Her ability is Windwave which is a ranger ability that allows a cone wind attack. She produces four earth orbs in battle. She possesses the extra skills Breaker-Killer, Critical Retrieval and Critical Sundering. Her auto-ability is Break Power Up+3%. She can be obtained from the Ability Card Shop or through Summoning. 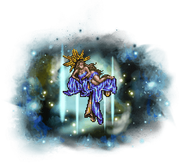 Lakshmi is the Physical-vulnerable 5-star Holy Magicite boss. Her appearance is taken from Final Fantasy VI. In battle, she mainly uses variations on the Holy spell, but she will also use attacks used by the Goddess form of Chadarnook: Last Kiss will Doom 2 targets, Poltergeist will deal Lightning damage and inflict Sap, and she will use Lullaby and Entice to incapactitate party members with Sleep or Confuse. Alluring Embrace is a self-targeted healing spell, and Savage Alluring Embrace will combine it with a Holy attack on all party members.

When equipped as magicite, Lakshmi provides the Dampen Dark and Healing Boon effects. When summoned as an Esper, Lakshmi will use Ultra Alluring Embrace to deal holy damage which can break the damage cap to one enemy, and provide the party with an Astra effect. She will then periodically appear to attack the enemy.

Lakshmi is the name of a server in Final Fantasy XI.

In the Spanish version of Final Fantasy XIII, Lakshmi is the name of the Combat Clinic paradigm setting.

[view · edit · purge]Starlet is a young actress or singer, especially one working her way up through the star system.