Kujata (クジャタ, Kujata?), also known as Kjata, is a beast; usually in the form of a summon. It is a bull with multiple horns and eyes. Its first appearance in the series was in Final Fantasy VII.

Kujata (known as Kjata in the PlayStation release) can be found at the Bone Village on its second level, after heading west into the forest. At the screen right before entering the Sleeping Forest, a red dot will randomly appear and move around the screen. This is the Kujata Materia. The player must chase and pick it up to acquire it. If the player's Materia inventory is full, the Kujata Materia will be lost forever.

Kujata requires 110 MP to summon and its spell power is equal to 6.25x the base magic damage. When summoned, Kujata cycles through three elements in order of Lightning, Ice, and Fire to all enemies, then explodes in an earth-ripping blow in an attack called Tetra-Disaster. If an enemy is immune to or absorbs one of the elements, the entire attack is negated or absorbed by the enemy.

Kujata is one of only three spells to bear more than one element in the same attack, the others being the Summon Magic Typhon and the Enemy Skill Magic Breath.

Kujata could be summoned in battle using the Kjata Materia. He used the attack Tetra-Disaster, a Gravity-elemental attack that hits all opponents. His appearance was based off his original appearance in Final Fantasy VII.

A massive buffalo, Kujata, also known as "The Mountain," was awoken after the Calamity and went on rampages through the La Noscea countryside, causing much death and destruction in his wake. The class quests for the Marauder largely focus on training to defeat the beast on behalf of a boy and his grandfather in Red Rooster Stead after the boy's parents were slain by the beast.

Kujata is ultimately fought as the final boss of Marauder questline in the level 30 quest "Bringing Down the Mountain," bringing his reign of terror to an end.

Kujata is a level 58 enemy fought in Duscae in the Disc of Cauthess region and Mencemoor. It has high HP and high Strength. Additionally, the even more powerful Molokujata can be fought during the Devils Cry Curses Hunt.

Kujata was a Thunder-elemental esper. From time to time, players would have encountered Kujata in battle. Defeating Kujata would grant players the Kujata I summon stone, which allowed Kujata to be summoned into battle. When summoned, Kujata used the skill, Tri-Disaster. 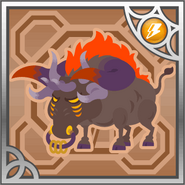 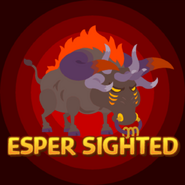 Kujata sighted inside a Gate Crystal. 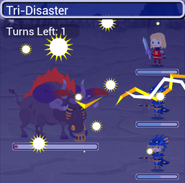 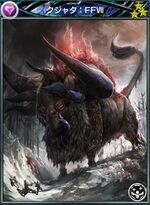 Kujata was set to appear as a Summoning ability in Final Fantasy Record Keeper, but does not appear in the final product. While using the placeholder name Diamond Dust, its animation indicates that the ability was supposed to be Tri-Disaster, which would have likely dealt multi-elemental damage. However, this was likely dropped due to the inclusion of the Valigarmanda Summoning ability. Kujata had a complete sprite based on its Final Fantasy VII appearance.[1]

In addition, some titles have contained references to Kujata. Kujata was the name of a server during the earlier years of Final Fantasy XI's life. However, since the merging of servers in 2012, it has since been shut down. A server of the same name also exists in Final Fantasy XIV, being located on the Japanese "Elemental" Data Center. Dissidia 012 Final Fantasy has a trade material called "Kujata Horn".

[view · edit · purge]Kuyūthā (Arabic: كيوثاء), also known as Kujata and Kujūta, is a cosmic bull in Arabian mythology who stands on the enormous fish Bahamut. Kuyūthā has four thousand eyes, and the equal amount of ears, mouths, noses, tongues, and feet, with a distance of a journey of 500 years between each of them (e.g. from eye to eye). On the back of Kuyūthā is a giant mountain of ruby, and on top of that mountain is an angel, who supports six Hells, the Earth, and seven Heavens.