Kohlingen is a village in Final Fantasy VI. It is located in the northwest corner of the world, and it is Rachel's hometown. The town and its history are integral to understanding Locke's past and motivations.

Years ago Locke would frequent his lover Rachel in Kohlingen. On one of their adventures Locke was caught on a collapsing bridge, and Rachel pushed him to safety as she fell into a gorge. Though she survived, Rachel lost her memories, and her parents blamed Locke for this and demanded he leave Rachel alone. A despondent Locke left Kohlingen to allow Rachel the chance to start a new life without him around to confuse her.

At an unspecified time after, the Gestahlian Empire attacked Kohlingen, and Rachel perished in the attack. Her memory returned as she was near death, and her last word was Locke's name. The old man on the northern edge of town used herbs to preserve Rachel's body at Locke's request, and Locke set out to find a way to revive her.

The party passes through Kohlingen on their search for Terra, who had stopped here on her flight from Narshe and burned down a home. Shadow is drinking in the town's pub, and if the party has fewer than four members, will join for a 3,000 gil fee until they find Terra in Zozo. If the party visit Rachel's home and place where her body rests, they can learn of Locke's history with her.

In the World of Ruin, Setzer is found drinking in Kohlingen's pub. Celes snaps him out of his stupor and convinces him to rejoin the battle. Setzer directs the party to Darill's Tomb to acquire a new airship.

Later when the party finds Locke in the Phoenix Cave, he shows them the magicite Phoenix, and he believes it is what he needs to revive Rachel. The party flies him to Kohlingen and Locke uses the Phoenix to momentarily revive Rachel. While the magicite's power is only able to bring her back for a few moments, she sets Locke's heart at ease and gives her life to the Phoenix to restore its magicite to full power. With this, Locke is finally able to let go of his past and rejoins the party.

Kohlingen is in a hilly region, with houses on the northern edge of town built on hills. A river runs through the town and is crossed by bridges at two points. Merchants are centralized in one building where items, weapons, and armor are sold, and the inn and pub a separate building. A third building in town was burned down by Terra and it is unknown if it was a civilian or mechantile building. The house on the north-east hill belongs to an eccentric alchemist the townsfolk avoid, and the north-west hill has what was Rachel's house when she was alive, but is now abandoned.

There is an Elixir in the clock in Rachel's house, and in a back entrance to the alchemist's house there is a chest hidden behind the suit of armor containing a Green Beret.

When returning here after completing the Phoenix Cave, Locke will reveal the treasures he looted from the cave, which are added to the party's inventory: an X-Potion, an X-Ether, and Elixir, a Phoenix Down, the Valiant Knife, and a Flame Shield. The party also receives the Phoenix magicite.

In the World of Ruin when the party first comes to Kohlingen, Setzer can be found in the pub drinking. Upon being spoken to a cutscene initiates and he will join the party and direct them to Darill's Tomb. 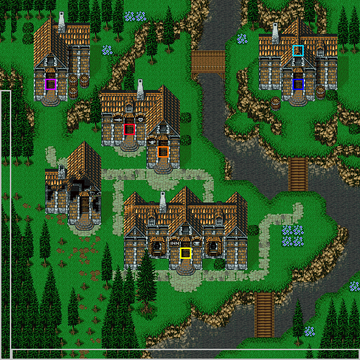 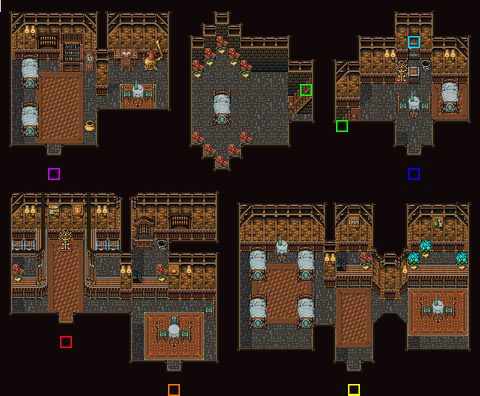 There is an unused sprite of Terra in her esper form in the World of Balance map of Kohlingen. As the villagers mention Terra stopped by the town and burned one of their houses down, this sprite was probably intended to be used to depict such a scene, but the idea was scrapped. The sprite seemingly has no event data related to it.

In the World of Ruin, there is an old man in town who offers to unequip party members in the same manner as an NPC on the Blackjack did. After the party retrieves the Falcon, an old man offers this service on the airship, and the old man who did so in Kohlingen is gone. The implication appears to be that he somehow accompanied the party and took up residence on the airship to offer his services.

The inn and pub (iOS/Android/PC).

Kohlingen in the World of Balance (GBA).

Kohlingen on the World of Ruin map (GBA).

Kohlingen in the World of Ruin (GBA). 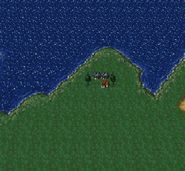 Kohlingen on the World of Balance map (SNES). 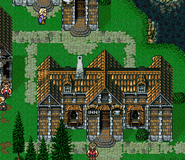 Kohlingen in the World of Balance (SNES). 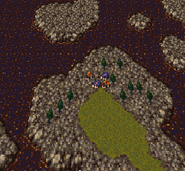