The Knight is a water-elemental Eidolon that appears in Final Fantasy Dimensions II. It can be obtained as a signet for Parai to equip by completing the "Scarlet Flames" main quest of the Eureka arc.

The default signet is based on the colors of the Paladin's Artifact Armor from Final Fantasy XI. The final signet artwork takes elements from the Paladin's second artifact armor, or Creed set, from Final Fantasy XIV: Heavensward and wields the job's artifact weapon, the Hauteclaire. In addition, the Knight is an elf humanoid, similar to the Elvaan or Elezen races from both games.

The Knight's special attack is Sentinel, which allows all party members to negate a single attack. Summoning the Knight costs 2 bars from the Summon Gauge.

The following are the abilities Parai can learn from the Knight: 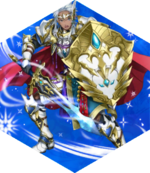 In the original free-to-play versions of the game, the Knight's signet was a god-tier summon that could only be obtained through the game's summon draw shop. The Knight was the highlighted summon during Final Fantasy Legends II's Ifrit challenge event, with an event cutscene hinting that the summon would be the key to tackling the event's harder encounters. The Knight was an SSS rank summon and could be equipped by any party member.

In addition, should the player obtain the Knight signet from the shop, they would obtain a costume voucher to obtain a Knight themed costume for either Morrow, Wrieg, Parai, or the Deathlord. 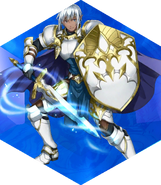 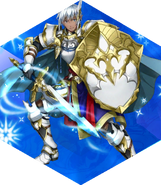 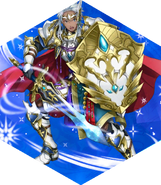 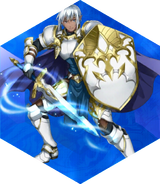